Well, don’t we have some exciting news to share with you all! We’ve been sitting on a bad boy piece of information that we’ve just been itching to tell you.

If you’re eagle eyed, you just may have spotted something very close to us at Homes For Students, in the new BBC drama trailer – The Responder.

Once the dots have been connected, the thick Scouse accents instantly alludes to it being set in Liverpool, and if you look even closer, it actually features one of our Homes For Student’s properties – St Andrew’s Gardens!

We’re completely obsessed with the shot, which can be seen right at the start of the trailer, of the iconic Martin Freeman, walking around the bullring shaped property.

With so much to look forward to on the release of this new gripping BBC series, we’re here to give you the low down on everything you need to know before it airs.

Keep reading to find out more…

What Is The Backstory Of The Responder?

Starring Sherlock Holmes’ very own Martin Freeman (Chris), this six-part series uncovers the real life experiences of ex-police officer, Tony Schumacher, and is set in the heart of Liverpool.

Chris is a “crisis-stricken, morally compromised, unconventional urgent response officer tackling a series of night shifts on the beat in Liverpool.”

He’s struggling to balance both his personal and professional life, which is then exacerbated by the introduction of his new rookie partner – Rachel (Adelayo Adedayo).

Tony Schumacher worked alongside the BBC to accurately portray the hardships that officers go through on a day-to-day basis.

Freeman felt the role personally resonated with him, stating “Tony Schumacher’s scripts were so unique and honest that I knew very quickly that I wanted to be a part of The Responder and take on the role of Chris.”

Who Is Cast In The Responder?

From his stylish buzz cut, to his effortless Liverpudlian accent, there’s no quarrel that this is completely out of Freeman’s comfort zone, but undoubtedly something he suits so much.

When Is The Responder Release Date?

As of yet, there has been no confirmed release date for The Responder, however we’re suspecting it will be aired on BBC iPlayer at the end of 2021/early 2022.

Keep your eyes peeled and let us know your thoughts about the show once it’s released!

St Andrews Gardens In The Responder 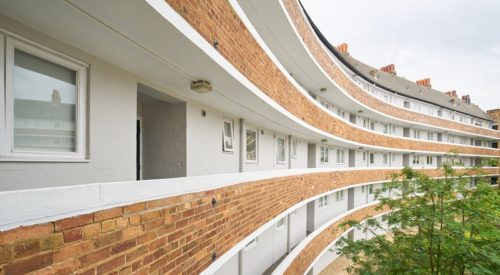 We’re beyond thrilled that the one and only, Martin Freeman, has taken a swift turn and swapped out 211b Baker Street for our very own St Andrews Gardens!

At the end of the day, how many students can really say they’ve had one of, if not the most prestigious TV company film in their very own quarters? Pretty cool pick up line – right?

You will be hard-pushed to find student accommodation in Liverpool with as much character, charm and history as St Andrews Gardens in Liverpool.

Since its opening in 1935, St Andrew’s Gardens, or more commonly referred to as the Bullring, has been the proud home of many generations.

Originally homing council tenants to reflect the drive for more inner-city multi-storey accommodation, the property is now cherished by the students of both the Uni of Liverpool and Liverpool John Moores.

Interested in the property? Why not check it out here, or ring up our friendly team who’ll be more than happy to give you more insight on this brilliant building!

Liverpool And Its Prominence In The TV/Film Scene 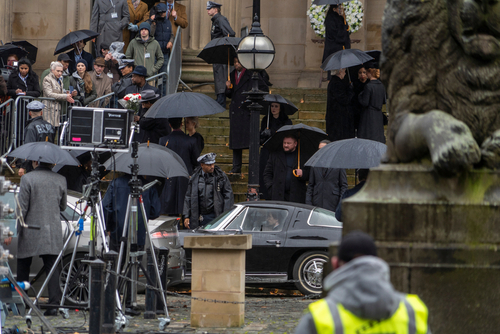 Have you noticed recently just how many TV and Film producers have used areas of Liverpool to illustrate the story they’re trying to depict in the audience’s mind?

Back in 2020, Batman was actually filmed at the legendary Liverpool Landmark, St Georges Hall. Starring Twilight’s very own Robert Pattison, this Batman is a must watch for March 2022!

Yesterday, a film featuring Lily James and Himesh Patel, even had a scene shot in Liverpool Lime Street, the city’s connecting train station.

Did you know that back in 2009, a scene from Harry Potter And The Deathly Hallows was shot in Queensway Tunnel? You might be able to spot it if you wait for the scene of Hagrid in his flying motorbike.

Liverpool is becoming a haven of filming activity, and we’re so here for it. We’re looking forward to the future and it being used in many more classic films.

And that’s a wrap! Are you as excited as us for the release of The Responder? If so, let us know on our socials and tag us, @standrewsgardens_hfs, in your pics if you spot the iconic Bullring whilst doing so!

The Top 8 Vegan Restaurants In Manchester To Visit In 2022

Best Christmas Things to Do in London 2021