A History of St Andrews Gardens in Liverpool

You will be hard-pushed to find student accommodation in Liverpool with as much character, charm and history as St Andrews Gardens in Liverpool. It has certainly stood the test of time and sits proudly alongside its more monolithic modern counterparts.

More commonly referred to as the Copperas Hill ‘bullring’ (despite appearing more like a big horseshoe from the air), the 1930s art deco-inspired building is one of the most delightfully quirky student housing offerings associated with the ever-popular University of Liverpool.

Opened back in 1935, it originally housed council tenants to reflect the drive for more inner-city multi-storey accommodation – referred to as tenements – between the two world wars that rocked the first half of the 20th century. As a mark of Liverpool’s urban identity and global status at the time, the city embraced the tenements with open arms, and with it created some of the more innovative council housing of the interwar period, acting as an inspiration for its counterparts across the country. And with population challenges (the Municipal Dreams site estimates that in the late 1910s and early 1920s, 8,000 new homes were needed to keep up with demand in Liverpool) and the need to centrally-house the city’s Dock labourers, demand soared for blocks of flats at a fast rate. With the further boost of the 1930 Housing Act, which gave financial incentives to the rehousing of ‘slum-dwellers’, the scene was set for St Andrews Gardens and it never looked back.

Some 80-plus years later, she stands as one of the most iconic buildings in Liverpool, just a stone’s throw from the hustle and bustle of Liverpool Lime Street Railway Station and overlooking the entire city, which was, of course, named as the European Capital of Culture in 2008 after decades of capturing the world’s imagination with a glorious mix of music, art, sport and literature.

So what is so special about the ‘hidden gem’ St Andrews Gardens?

It is thought the building’s original inhabitants can be found in the Kelly’s Directory for the period, believed to be available in Liverpool Central Library, meaning they have been immortalised and their presence continues to be felt in the area.

But what of its current inhabitants?

Liverpool has proudly promoted itself as a leading university city from as far back as the late 1800s, but its student population has swelled to more than 50,000 today. With many of them preferring St Andrews Gardens’ history and iconic identity, current students say the community feel of old can be felt just as strongly now. This brings about a closeness and allows residents to forge a meaningful bond that would have made their predecessors proud.  This high praise is, in no small part, courtesy of the circular design, meaning residents benefit from being able to pick out their friends and neighbours very quickly and can easily get around to visit their fellow students.

Recent renovations mean those living there can make the most of their mod-cons in a spacious yet close-knit environment, bringing together the best of both worlds – a luxury feel in a friendly backdrop.

And what about the future of St Andrews Gardens?

It is now managed by Homes for Students, one of the UK’s leading providers of student accommodation. The organisation, which operates in premises across England and Scotland, works in partnership with universities and student unions to provide high-quality experiences for residents who are embarking on some of the most exciting and significant years of their lives. And with more investment planned for Liverpool now than there was in the run-up to Capital of Culture almost a decade ago (some £10bn), could there be a better time to be based in one the most coveted student locations in the city?

You now know its history … 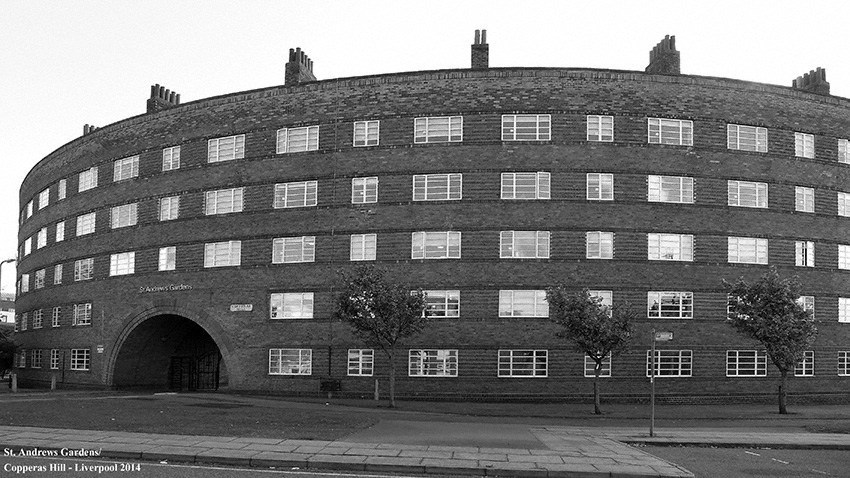 What Is ‘what3words’ And How Can You Use It To Your Advantage?