In the heart of the midlands and to the right of Birmingham is the region’s second-largest city, Coventry. Steeped in history, you’d be wrong to assume this low-key city doesn’t have a lot of offer.

From quaint cafes to boujee clubs and grimy dancefloors that stick to your feet until the early hours of the morning, Coventry has something for everyone. The city is also super accessible for students who might be on foot most of the time.

Coventry has loads to do for students. So much, in fact, it’s been ranked the 5th best city for students in the UK. With two universities, Coventry and Warwick, you can see why this city is ultra-student-friendly. The student population makes up 33,000 of all the people in Coventry, so it’s fair to say the town is pretty tailored to your needs.

Living in Coventry is pretty impressive; this unassuming city might not jump out at you as hardcore party central or culinary epicentre, but it sure has a heck of a lot of charm, variety, diversity and cheap pints to offer.

Here’s the ultimate guide to student life in Coventry. 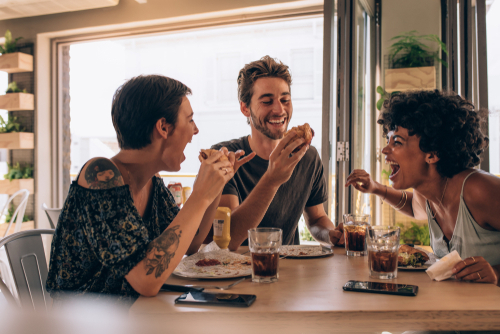 Like all major cities, big chains like Costa Coffee, Starbucks, and Cafe Nero have no shortage of chairs and Iced Lattes for assignment deadlines. There’s also your Bella Italia, Zizzis and the likes of Las Iguanas that serve up food at the expected standard and price for household names. Many of these establishments offer student discounts in Coventry, so make sure you check out Student Beans or your uni’s SU for more info.

As well as the chains, there is more to Coventry than first meets the eye. The diverse student population has led to a surge in independent, international and student-friendly establishments that you have to try during your time at uni.

Mediterranean and Middle Eastern fave, Falafel Corner, is a student gem. This independent cafe serves up Arabic coffee alongside freshly pressed juices with the city’s most delish Falafel and Halloumi wraps. Hummus House is also a good shout if you’re on the chickpea hype like us!

We’re also obsessed with Vietnamese food at the minute. Literally can’t get enoughhhhh of the stuff. Coventry’s Taste Vietnam doesn’t disappoint. Staying on the Asian vibe, you absolutely have to try Turmeric Gold at least once. It’s an award-winning curry house with all your classic fave dishes.

Fancy a slice? Always. Head down to DoDo Pizza and get gourmet lusciousness at a student-friendly price. 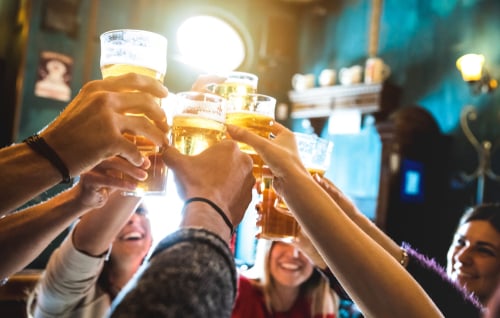 When you have the second cheapest pint in the UK, you know you’re in a city that loves a rager. With not one, not two, but three Wetherspoons, there’s literally no point in the uni year that you’ll be too skint to go out. The Cosy Club, Las Iguanas, and The Botanist are some of the most popular bars serving thirsty students across the city.

You’ve also got Quids Inn that gets bad press, but gets the job done in terms of getting you on your way to being very merry.

The Phoenix also offers a good time at a low price with the added bonus of decent food (including a vegan menu) to line your stomach before you make your way to one of Coventry’s many nightclubs. 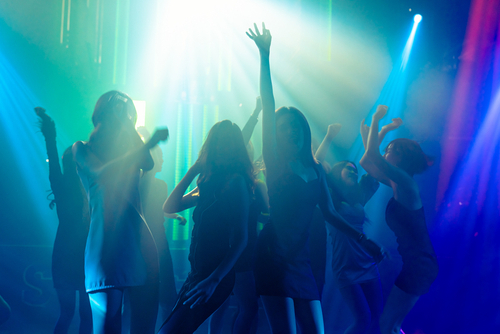 From dancehall and RnB to Ibiza sounds and Indie big hitters, Coventry caters to everyone… that is not just a slogan on the flier – it’s a fact!

The Yard is the biggest and best LGBTQIA+ venue, and for a good reason. Arguably the most welcoming of clubs with the best vibes and drinks, it’s not surprising this venue is packed out at night and in the day with their fantastic Drag Brunches.

Kasbah is a Coventry institution and student rite of passage. You really cannot claim to be a Coventry student if you haven’t been to Kasbah. Boasting a list of huge names that have gotten behind the decks, from the likes of Calvin Harris to Patrick Topping, you know they know how to throw a party. Open till the wee hours in the morning, this is the club for the late-night ravers and morning lecture haters.

Student nights at the clubs in Coventry are never dull. Monday is Bubbleluv at Kasbah, Tuesday is BOOM! Tuesdays at JJ’s and Wednesday is Wild Wednesday at Empire. Make sure you check in with your SU for the latest info and event dates.

JJ’s is hailed as the place to forget the rubbish day or week you’ve just had, and we couldn’t agree. Hosting legends such as Fatman Scoop, you know the place will get you on the dancefloor with a fishbowl or two.

There’s also the annual Godiva Festival held at Memorial Park in September that has played host to acts from almost every music genre including David Rodigan, Craig David, Sister Sledge, AJ Tracey, Blossoms, JME, Busted and The Subways, to name a few. Now that’s a way to kickstart Freshers Week. 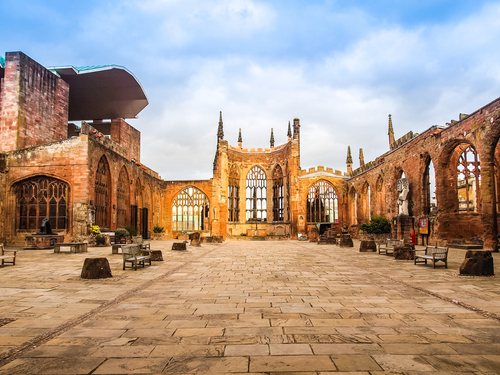 Winning the title of the UK’s 2021 City of Culture is no small feat. Coventry was a pinnacle of the industrial revolution and engulfed in history; you can’t really ignore the towering ruin of the old cathedral, creating historically beautiful scenery. Let’s face it, you can’t really be in Coventry, write about Coventry, live in Coventry without mentioning the cathedral or the three Cathedrals. Insta-worthy backdrops coupled with actually super interesting facts make Coventry a culturally diverse city that’s worth exploring.

The Herbert Art Gallery is a cornerstone of Coventry’s culture, celebrating the diverse population, classical painting and local contemporary artists. Coventry’s Transport Museum is also worth a wander. Being an industrial city, Coventry had masses of involvement during the industrial revolution and was known as the ‘bicycle city’ due to its bicycle manufacturing heritage.

Oh, and there’ Warwick Castle for some bonus history and a multitude of parks and country walks that’ll get the blood pumping, the Insta-likes flowing, and wellness vibes coming. For summer-daze days, Memorial Park is the place to be, Allesley Park and Coombe Abbey Park also provide a decent trip outside of the city centre. There are also 38 miles of canals in Coventry, making for a great Sunday walk and roast in many of the pubs that line the waterways.

For the sports fans amongst you, Coventry will also be hosting some of the Commonwealth 2022 games in the Coventry Building Society Area. Keep your eyes peeled for special events and even tickets to see some of the events. 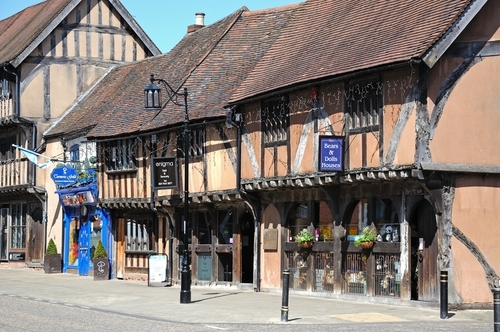 As a student, it is essential that you can spend your entire student loan the second it comes into your bank account on anything but food or rent! Coventry makes spending all that dollar super easy with its wide variety of shops and independent retailers. Head down to West Orchards and the Lower Precinct Shopping Centre for student super saver brands and high street hunnies that are kind to your wallet and look killer in your wardrobe. If you’re a fan of supporting indie, The ‘fiercely independent FarGo Village is a must-visit. There are over 40 artisanal food shops, vegan bites, craft beers, vintage garms and creative spaces in the city set amongst are nestled in the repurposed industrial space that rings true to Coventry’s history. 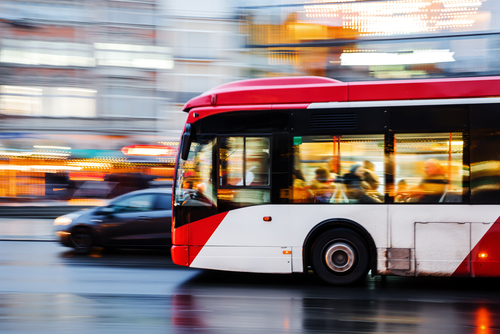 It’s said that you can reach 75% of the UK’s cities from Coventry. The city is so well connected, it’s actually a little unbelievable. You’ll probably want to venture out a little during your time at uni. Who can blame you? With these transport links, it would be rude not to.

You’ll probably want to hop on the many buses, including X1 and take the thirty-minute trip to Birmingham at some point. The city has a killer club scene and some pretty immersive escape rooms, which provide a welcome change of scenery.

There’s also literally everywhere else in the UK. Jokes, but nearly. Coventry’s mainline railway station is just under an hour from London, and you can get yourself down to Oxford in just under an hour for an excellent punt and pint. If you’re a culture seeker and avid literature student or just a playwright fangirl/boy, check out Stratford-upon-Avon, Shakespeare’s birthplace. It’s easily accessible by train or bus and a good shout for when the fam comes up to visit. Make sure you plan ahead; you don’t want those pesky rail replacement buses scuppering your plans.

Royal Leamington Spa is another day trip worth looking into if you’re getting cabin fever. With its wide boulevards and Regency architecture, it’s no wonder why Jane Austen used it as inspo for her novels.

Now, let someone say that there isn’t much to do in Coventry while staying at your student accommodation in Coventry 🙂