Here you have it, your ultimate guide to the iconic August Bank holiday celebration, Leeds festival.

We are giving you an insight into all the good stuff you need to know from this year’s line-up, how to get there, which campsites are best and the history of the festival.

If you’re attending Leeds Festival this year for the first time, then we have you sorted with all the info you’re going to need before your first fezzy. 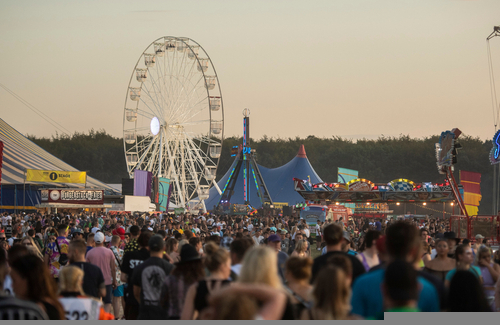 Growing up in the UK, you’ll probably already know that the infamous Reading & Leeds Festival are staples of British youth culture.

Both festivals are run by Festival Republic and take place simultaneously on the Friday, Saturday and Sunday of the August bank holiday weekend.

This year the dates are 26th – 28th August 2022. However, if you choose to add on an early bird pass to your weekend ticket, you can attend earlier than this to make the most of your experience.

Whilst both Reading & Leeds are two peas in a pod, they obviously take place in different parts of the country and have their differences. We’re here to concentrate on your guide to the North festival (sorry to add to the divide).

The first Leeds festival took place in 1999 at the grounds of Temple Newsam, which featured Red Hot Chilli Peppers, The Charlatans and Blur as the festival’s headliners.

The best part was, you could get a weekend ticket for 80 quid – its only gone up ever so slightly in price though, right?!

The festival has had many world-wide legends grace its stages across its 23-year span, such as The Rolling Stones, Fleetwood Mac, Red Hot Chili Peppers, Pink Floyd, Radiohead and Oasis to name a few.

Leeds festival has a variety of musical artists from different genres performing annually, with rock, alternative, indie, punk and metal tending to be the genres that dominate the line ups.

However, in the last decade, the festival has seen a rise in hip-hop, grime and dance music artists featured on their line ups.

With its large variety, the British festival attracts music fans across the country and the world to come and party in the Yorkshire fields. #

Its estimated that in 2019 around 105,000 festival fans had attended across the weekend, and that’s just without the fans at Reading included!

Leeds Festival is not just music orientated as you can find an array of comedy acts, film showings and performers at the festival.

There are also fairground rides, delicious street food stands and independent clothing boutiques across the grounds.

Since 2003 and still do this day, The Leeds Festival takes place at Bramham Park in Wetherby, which is about a half an hour drive from Leeds City centre.

We’re going to get on to transport to the festival grounds, so stay tuned! 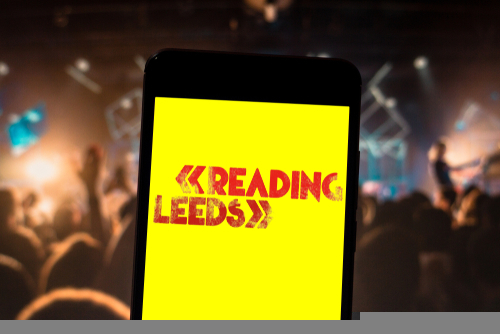 Going to The Leeds Festival not only defines your youth but is a rite of passage into adulthood.

Many festival go-ers start (and define) their festival experience by attending Reading or Leeds Festival.

Whether you’re going to be a school leaver, college leaver or a graduate, you just HAVE to attend Leeds Festival 2022 if you haven’t experienced it already.

You’ll have a legendary time and be full of the festival blues when you return home, trust us!

It’s the festival of the summer, with scorching weather hopefully gracing the fields at Braham Park. But who’s playing?

Well, Arctic Monkeys, Bring Me The Horizon, Halsey, Dave, Megan Thee Stallion and The 1975 are this years amazing headliners.

Yes that’s right, there’s six headliners! With the likes of Glass Animals, Frank Carter & The Rattlesnakes, Run The Jewels and DMA’s being amongst the array of amazing performances to also take to the stage.

There’s a mixture of different music stages (9 to be exact) at Leeds with genres to suit every taste as well as camp DJ’s and camp-site parties Piccadilly Party and Relentless which go on until late so you can groove alll night long!

You can find a detailed plan of which artists will be playing at each stage on what day on the leeds festival website.

Tickets & How To Get Them

If you haven’t already grabbed yourself a ticket to Leeds Fest then there’s still some tickets available to buy on the official website. Unfortunately, weekend tickets to the festival have all sold out due to popular demand.

You can still get a day ticket for Friday or Saturday entry on the official ticket page.

The best part about going to a festival for the day, is that you can go back to a cosy Airbnb or hotel room and have a nice warm shower after dancing all night to your favourite songs – ahh blissful!

We suggest only buying tickets via the official festival website and their official partner Ticketmaster.

The last thing you want it to get scammed with a fake ticket from another site. 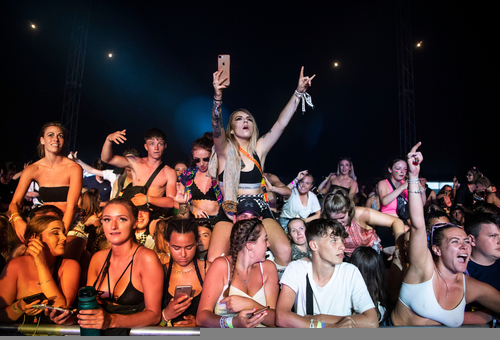 If you’ve already bagged up a weekend ticket before they sold out (we’re definitely not jealous) then you’re probably wondering where you should set up camp at Braham Park.

Well, we’re experienced festivalgoers here and know the best and worst camps to pitch your tent in and call home for a few days.

The official Leeds Festival 2022 map should be released soon so keep your eye out.

Essentials To Take With You

If it’s your first festival or perhaps you haven’t been to a festival since pre-pandemic times, then we have provided you with the absolute essentials you should take with you in our Leeds festival guide.

We don’t have time to list everything you’ll need but remember whatever you take you have to lug through the campsite and back again when you leave! So, pack sensibly.

If you forget to pack anything, there is an on-site Co-op supermarket at Leeds Festival along with food, drink and clothing stands.

Remember to leave no trace when you’re leaving the festival and leave your camping area in the way you found it!

You can find out more about what you can and can’t bring into the festival campsite and arena on the Leeds Website essentials section. 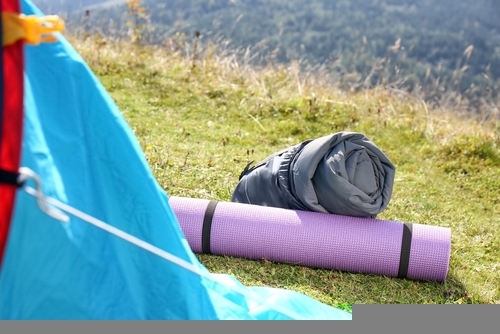 How To Get There

We’ve got the low down on how to travel to the festival and the easiest, most affordable options for you to choose from in our Leeds festival guide.

It’s roughly about a half an hour drive from the heart of Leeds City Centre, but there’s a few ways you can make your way to the festival from the city. 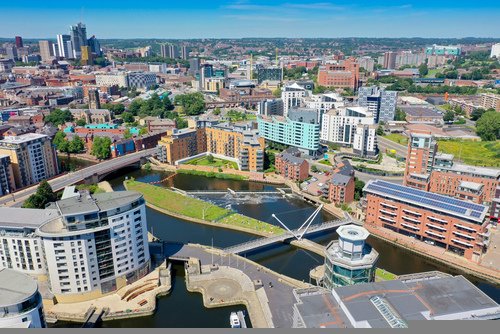 Getting there by car:

Wherever you’re travelling from within the UK, make sure you get on the A1, M1 or A1(M) and then follow the signs on the motorway.

Are you being dropped off at the festival by someone else? You need to use the festivals dedicated Pick Up and Drop Off zone, which is located off York Road (A64).

If you are parking at the festival in a car, then don’t worry the fee is already included in your ticket.

If you are travelling by campervan, you will have to add a campervan pass on to your ticket.

The car park is located by the Red Campsite with a few different gates to go through, but there will be a variety of signposts and staff at the festival will be there to lend you a helping hand to tell you where to go.

Remember to designate a driver and plan your journey home in advance to avoid driving when it is not safe.

Such as you may still be under the influence if you are drinking the night before planning to travel home. 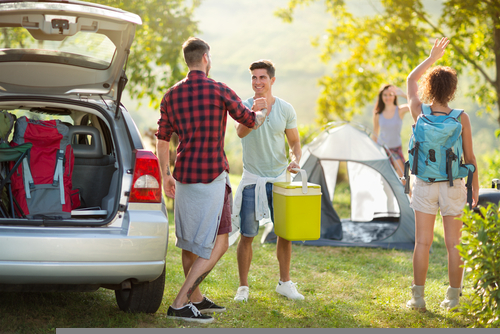 Getting there by taxi:

The taxi fare from Leeds City Centre will be on average about £25 – £40 in a hackney taxi depending on the route taken and traffic levels. So, if there’s you and a few mates going, that’s nothing split between you!

We suggest booking a taxi in advance.

You can also travel to the festival by Uber and it is the official transport partner of Leeds Festival.

It’s a good option if you want to pay by card or use their split the cost feature with other people. 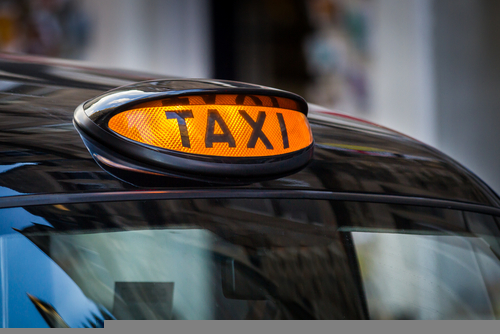 Getting there by shuttle bus:

You can get to the festival by using the shuttle bus service that departs from outside Leeds Train Station, on Sovereign Square Park.

The official Leeds website says that it will begin running at 9.30am on Wednesday 25th August and takes about 45 minutes to get to the festival site.

On Sunday night the shuttle bus runs from Branham Park all night until 6am.

We suggest purchasing your ticket for the shuttle bus and staying up to date with times by using the First Bus App. 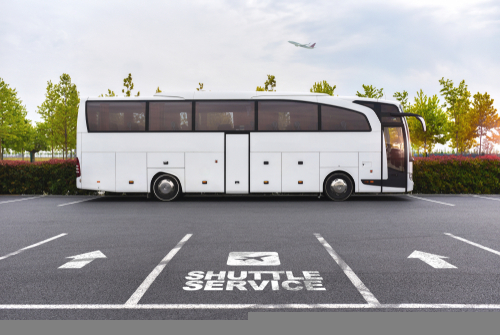 Getting there by train:

The best train station to go to attend the festival is Leeds Train Station. There are regular trains from across England, Scotland and Wales that go to Leeds Station.

Use the Trainline App to check trains and get the best priced tickets to Leeds.

You can take the festival bus from Leeds train station direct to Bramham Park. 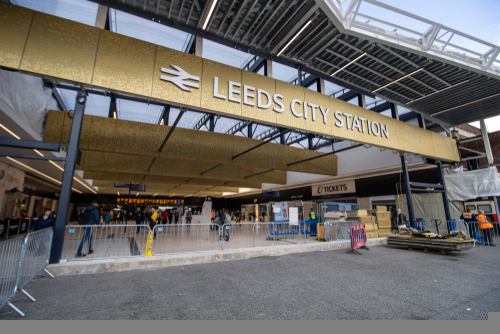 Getting there by coach:

If you are planning on getting to the festival by coach travel, then use the Official Travel Partner, Big Green Coach, to get you inside the festival gates.

If you are wanting to use a private coach company to get to Leeds, you will need to email the festival to book your time slots.

You can email them here: [email protected]. 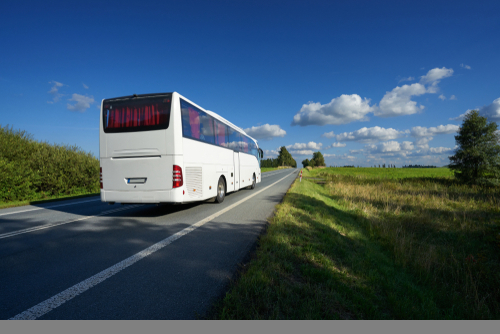 If your preferred mode of transport isn’t listed here, there is other ways you can get to the festival check the Leeds Festival website for more information on transport.

Well, we’ve reached the end of our Leeds Festival guide.

If you’re attending the festival, we hope you have the best time and fingers crossed the weather will be cracking the flags for you!

If you haven’t got yourself a ticket after reading this, then what are you doing?!

Looking for student accommodation for September? We provide exceptional accommodation to those looking to experience university life in Leeds. Check out our properties.

The Student Guide: 8 Best Spots For Bottomless Brunch In London That Won’t Break The Bank!

The Best Halloween Parties & Events to Attend In Southampton This Year