Here at Homes for Students like the rest of the UK we’re grieving the death of Queen Elizabeth II, the country’s longest-serving monarch. As you will have heard, she passed away at Balmoral Castle on the 8th of September – may she rest in peace.

Over her 70-year reign, the Queen had a long relationship with the education sector, with a fair share of educational awards and charities in her name, most notably the Queen’s Anniversary Prize for Higher and Further Education.

Within this blog we’ll be discussing the history of the award, this year’s addition, who is eligible for the award and the impact it has on universities and colleges within the United Kingdom.

History Of The Queen’s Anniversary Prize

The Queen’s Anniversary Prize is the highest award that an educational institution can receive, it’s awarded every two years to a select few universities and colleges.

The prize is awarded by the Royal Anniversary Trust, a registered charity set up in 1990 to mark 1992 as the 40th year of Elizabeth II’s reign as British monarch.

The first round was awarded in 1994 and there have been 14 biennial rounds since then, with 275 prizes being awarded to 82 universities and 49 further education colleges.

The goals of the award were to establish an educational award which would recognise the outstanding work of colleges and universities within the UK, as well as promote cultural awareness of the constructional monarchy and promote commerce, industry and the advancement of education.

The Queen’s Anniversary Prize were previously granted by Her Majesty The Queen, whilst the honour will now be passed to the new monarch King Charles III. 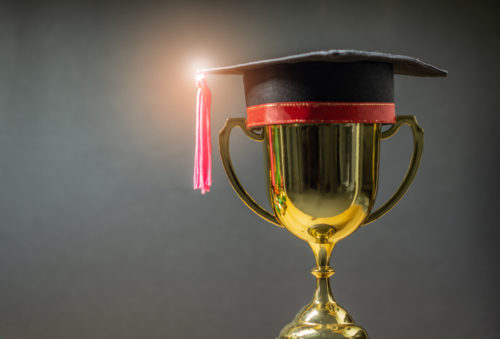 Who Can Apply For The Award

The award is open to all UK colleges or universities offering a range of full-time courses and programmes. Although, any higher education facility which wants to compete for the prize needs to reach the entry requirements.

The entry can be in any subject, field or discipline but needs to persuade those judging the awards that:

Examples of past fields at universities or colleges which have received the award include science, engineering, arts and the creative industries, humanities, the environment and medicine.

A post shared by The Queen’s Anniversary Prizes (@qaprizes)

King Charles III (then Prince of Wales) and Princess Anne made a joint appearance in February at St James’s Palace to present the Queen’s Anniversary Prizes for higher and further education earlier this year.

You can find out more about this year’s winners below – your university could be on the list!

You can find out more about the prize winners and their stories on the Queen’s Anniversary Prize website.

A post shared by The Queen’s Anniversary Prizes (@qaprizes)

The Impacts Of The Queen’s Anniversary Prize

As we mentioned earlier, the Prizes are the highest national Honour awarded in UK further and higher education so, the impact that winning the award has on universities and colleges is grand.

The benefits of being schools that are a recipient of the award include an increase in profile and reputation, further attraction to prospective students and staff, as well as helping to further funding, business and development opportunities. The awards can also have great public benefit worldwide. 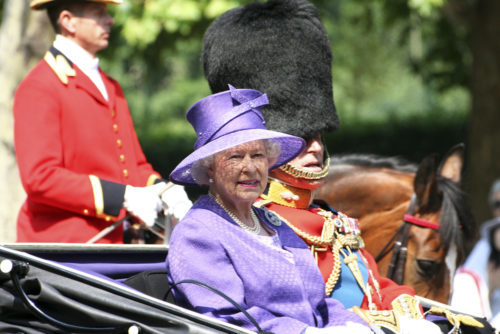 As you can see from this blog, Queen Elizabeth II honoured different universities and colleges for their contributions to education and the wider world through this prestigious award.

Elizabeth spent a significant amount of time visiting schools, colleges and universities not only on a national level but a global level too across her 70-year reign.

Education secretary Kit Malthouse has stated Her Majesty’s “devotion to public service has been an inspiration, and her wisdom and strength have often provided solace to her people in times of darkness, most recently during the pandemic”.

That’s the end of our blog on the Queen’s Anniversary Prize, we hope we’ve enlightened you with some history on the fantastic award.

Here at HFS, we remember Queen Elizabeth II decades of dedication and support to the education system and her commitment to public service.

How To Create An Online Portfolio For When You Graduate University