Homes for Students offers a range of student accommodation in Manchester, if you want privacy, look no further! Our stylish studio apartments give you your very own bathroom and kitchenette for ultimate independence. Whether it’s large shared flats beside the curry mile or stunning studio apartments, we’ve got it all.

If you want to roll out of bed and into your lectures then our Manchester properties will be perfect for you, a short walk away from the University of Manchester, Manchester Metropolitan University, and The Manchester Business School, it’s perfectly located. Do you love to indulge in delicious takeaway food from all over the world?

Then Oxney House & Gardens and Heald Court are perfect for you - a two-minute walk from the famous Curry Mile will mean you’re sorted for the rest of the year! Daiysbank Villas provides students with the options of having their very own large studio or to live with friends in a spacious student flat. Looking for great student accommodation in the city? Manchester Court is just minutes walk from the Northern Quarter, meaning you are just a walk away from the vibrant city centre for when you want a good night out or a shopping trip.

Looking for flexible student living? Whether you need short term accommodation or summer stays, we have options for these too!

Tell your friends! We have fantastic and modern student accommodation across the UK, including London, Norwich, Liverpool, Sheffield, Edinburgh, Glasgow, Southampton and more.

1 Property for summer lets in Manchester 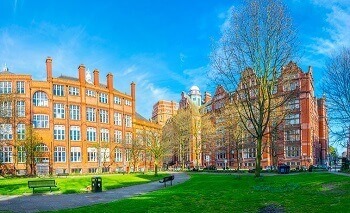 The University of Manchester is the largest university in the city, and with 40,000 students it is in fact one of the largest single-site universities in the UK. It is widely regarded as one of the top research institutions in the country, with many courses designed and taught in a way that feeds into the needs of industry and long-term thought. The campus is all on one, single-site city centre location, and with all of our apartment sites you are in close proximity to the University of Manchester, either on foot from Manchester House, Daisybank Villas, or Manchester Court, or via local buses when living at Oxney House & Gardens. The library at the University of Manchester is one of only five National Research Libraries and there are over 4.2 million printed books and manuscripts within the university libraries. The Student’s Union is also the largest in the UK, with shops, a café, and bar on-site for students to enjoy during the days and during events at night. The Mancunion, Fuse FM and University TV Channel provide ample opportunities for students to try their hand at media, whilst there are over 450 clubs and societies that meet the interests of all students. 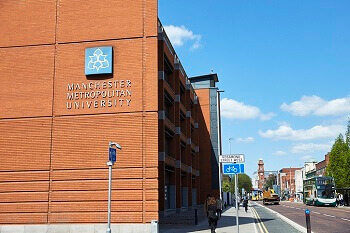 Manchester Metropolitan is home to over 38,000 students (with our Park View and Manchester House apartments within walking distance) and is based on a modern and aspiring approach to higher education that is accessible to a large number of students from all backgrounds, those with a passion for learning and the dedication to strive for knowledge and to build on potential. The Student’s Union is one of the largest in the UK, with the specialist Advice centre achieving national recognition for its work with advice, and casework for students involving housing, finance, and academic service issues. The Student’s Union is located at the heart of the campus with a shop, bar, café, media suite, and a venue for events. Students can make the most of access to over 150 sports clubs.

Students who are planning to study at the University of Salford, Manchester Medical School, or The Manchester Business School are all catered for in our superb Manchester student accommodation. 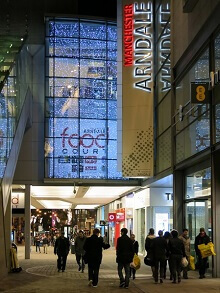 Manchester is a city that is great for shopping, with a wide and varied selection of shopping centres including the best and the biggest of the high street brands, as well as the smaller independent stores and boutiques that add character to any city. Shopping is one of the main reasons people come to visit Manchester, and as a student living at Manchester Court or Manchester House you’ll be literally seconds away from some of the best shopping options in the city. Whether you are searching for the high street brands in the Trafford Centre, the Arndale Centre or around Spinningfields, or you are in search of one of the many independent stores in the Northern Quarter, Manchester has something for every student with a penchant for shopping.

In recent years the Manchester Arndale Centre has been modernised and extended to make it a bit of a more pleasant experience on the eye. It is a large, city-centre shopping mall with everything that you would expect to find from the high-street brands and chains, as well as a large food hall to cater for all tastes. These days it really does feel like a clean and calm environment where you can find everything you need without feeling rushed and overcrowded. As well as the high street chains (and a large Aldi), there is also an expansive market with fruit and veg providers, fantastic fishmongers, and fresh produce everywhere you look.

In terms of independents, Manchester has a lot to offer. You’ll discover a wide range of boutiques offering vintage clothing, large independent bookshops, record stores galore, as well as many independent arts and crafts stores (such as Fred Aldous in the Northern Quarter). There really is a genuine choice within the vintage and independent shopping scene in Manchester. Afflecks Palace in the Northern Quarter is the perfect example of this vibe, with a multi-storey set-up of vintage, chic, retro-style spread across each floor. From independent boutiques to vintage vinyl and the smaller Pop Boutique, to tattoos and piercings to classic 1920s scarves, brooches and top hats at Kuhl Vintage, this place is an absolute gem that you can wander and get lost in for hours at a time.

The vinyl revival has been in full swing for a few years now and Manchester is a mecca for lovers of music in the North West. There are shops serving thousands of music lovers throughout the city, including the most famous of them all at Piccadilly Records. Running for over 40-years, it is the original independent record shop, with a large collection of brand new records and classics in every genre of music you can think of. It’s certainly worth a trip each week to delve through the crates of records. Vinyl Exchange has been selling second-hand vinyl for over 30-years and has two floors of great records from disco classics, to soul, techno and hip-hop. 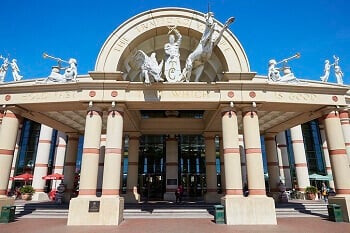 For arts, culture, museums and galleries, as well as annual events delivered on a large-scale, Manchester has it all in abundance (read our article on things that Manchester is famous for if you don’t beleive us!). If you are looking for a day out at art galleries and museums you have a wealth of choices, from The National Football Museum (close to our Manchester Court apartments), to the Museum of Science and Industry (just a ten minutes walk from Manchester House) for your museum needs. For art look no further than the Whitworth Gallery (5-minutes walk from Heald Court and Park View) or The Lowry in Salford. With such a treasure-trove of culture in Manchester you’ll never be bored.

As for annual events there is a wide range of opportunities to get involved to enjoy a big day out. Parklife Festival in Heaton Park takes place each June and is a popular event that sells out really quickly. It is a weekend that is home to several stages and some big names in music visiting the city each year to help get the party started. In August, the longest-running LGBT festival in the UK takes place with Manchester Pride. With the main festivities taking place in Gay Village there is 10-days of celebrations culminating in the Big Weekend over the August bank holiday weekend, including a 72-hour party with full-on parades, concerts and a Candlelight Vigil in Sackville Gardens. 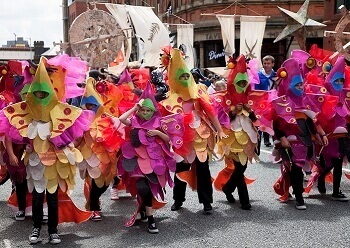 Albert Square is home to a couple of large festivals on the annual Manchester calendar that shouldn’t be missed. The Manchester Food and Drink Festival has been running for over 20-years in September and October each year. It is the largest urban food and drink event in the country, and has samples and stalls from over 250 restaurants, cafes, bars, gastro pubs, and other pop up food stalls. You’ll find cooking classes, live events, kitchen tours, and so much more during the festival. At Christmas, Albert Square is the centre and main hub of the Manchester Christmas markets, which are the longest running in the UK, although market stalls and food offerings are spread throughout the city centre during these few weeks each year. It is a wonderful time to see the Christmas lights, and enjoy some mulled wine.

The Manchester International Festival brings together many of the leading exponents of art, film, music, and culture each year, with many different venues being used to create a truly unique experience each festival, from the large concert venues, to car parks, disused railway depots and churches. It has been home to some unique exploration of art since it was first launched in 2007, including projects from Bjork, Steve McQueen, The XX, Marina Abramović, Maxine Peak, and David Lynch to name just a few.

The staff there are also very friendly and helpful, every month or so they’ll organise events which is good for socialising and making friends.
Kelly He, Resident
Park View, Manchester

Fantastic place, great location very close from the city centre and the staff are amazing and host great social events so you can go and hang with your friends and make a dozen new ones at the same time. Great atmosphere!
Anna H, Resident
Park View, Manchester

Best place ever, but Neil and Shak are the best maintenance guys ever, fixed our telly, cooker, shower and literally do everything for us.
Orly Dotgif, Resident
Park View, Manchester

Zekiel was a really helpful member of staff, super responsive and willing to help, and always gets things done to the best of his ability.
Ethan Tiong, Resident
Park View, Manchester

Reception staff are nothing but lovely, always quick to help with any issues :)
Darcy S, Resident
Park View, Manchester

10 Things Students Must Do In Manchester!