HFS Student Info Hub: What Is An Internet Troll And What Can We Do About It?

The infamous ‘internet troll’ is a term that we have all seen in recent years, especially with the explosion in popularity of social media platforms.

We all have access to say things to strangers, people we know, celebrities, and government officials behind an anonymous social media profile if we wish, and this has led to some upsetting situations for individuals to deal with.

It seems that every day there is a news story about a footballer being racially abused on Twitter, a Love Island celebrity being trolled on Instagram, or people from the LGBTQ+ community being harassed online on various platforms.

It says a lot about our society as a whole that people feel that they have the platform to hurt others without any harm coming their way, and there is a long way for us to go to improve how our world acts and functions as one before we can say we have improved as a civilisation.

What Is An Internet Troll? 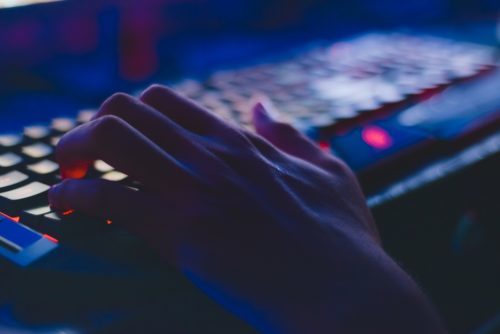 An internet troll is a person who deliberately looks to upset and/or provoke other people using an online platform to do so.

Whenever you spend any amount of time on the internet, you are likely to come across some form of internet trolling.

A troll will make an inflammatory or rude mark deliberately, they will stoke the fire and post statements that may be upsetting to others, just to force other people into making a strong emotional response, to get upset and angry, or to steer people away from a serious and important topic of conversation and into something mindless and hurtful, just for the sake of it.

On the whole, internet trolls do this just for fun, to make themselves laugh, but there is a more sinister side to this business where trolling is performed as a form of control over another person, to humiliate or to push an agenda.

Why The Term ‘Internet Troll’? 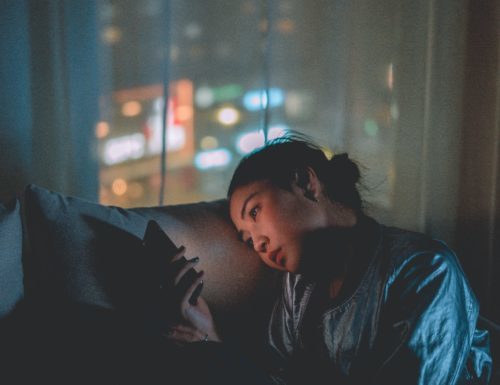 The character of the troll has been around for centuries. The trolls can be found in fantasy and folklore stories from almost every land across the globe. In terms of an internet troll, the term has been in use for as long as the Internet has been around, first being used on early message boards back in the 1990s.

At first, an internet troll would be someone who continuously posted the same inside joke to confuse those not in the know, it wasn’t necessarily malicious, but it was certainly annoying. This has changed significantly.

Trolling is different from how you would describe other online forms of harassment or bullying. In most cases it is never about targeting one single person, instead, it is designed to rile up as many people as possible before getting into arguments with those who rise to the bait. You see trolling on private group chats, on Twitter feeds, in the comments section on Instagram (and anywhere where comments are allowed), and on online forums such as Reddit and 4chan.

How Do You Know If Someone Is Trolling? 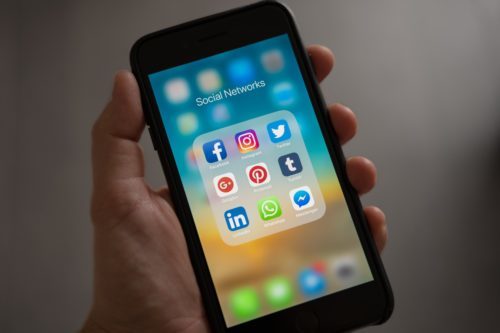 It can be quite difficult sometimes to tell the difference between a person who is an internet troll and a person who is genuine in their intentions about arguing over a certain topic.

If a person has a real love and interest in a topic and likes to have debates, this can sometimes come across in the same manner as an internet troll.

There are a few signs though that could help tip you off that the person commenting is just trolling and doesn’t have a genuine interest in the topic.

Ignorant of evidence – Even when there is demonstrable evidence that can be given to this person, they refuse to acknowledge it, ignore it, pretend it doesn’t exist or is from a source that isn’t credible.

Post unrelated memes and images – As well as replying with off-topic comments, internet trolls are more likely to also post images, memes, and GIFs that either have nothing to do with the topic of the thread, or are used as the shortest, most dismissive response to a long text post.

Dismissive tone – You might see replies to long arguments that just say something like “why are you mad?” or “what’s your problem?” as a way of dismissing the original poster and their thoughts on the matter. This approach is designed to provoke madness even further.

Unaware of the majority view – You’ll also find that no matter how many people disagree with them, a troll will seemingly be unaware that that is the case. They will continue to stoke the fire, remain calm and rarely get mad or provoked. They hold all the cards (or do they?).

There are many ways in which internet trolls can be identified, always look out for those that seem disingenuous, not that interested in the topic being debated and whether or not all that they post is just to provoke and bully.

Celebrities from all walks of fame have started to come together to fight back at online abuse, hate and trolls in recent times, with a new anti-hate group being set up as a way of countering online trolls.

UK stars such as comedian Aisling Bea, former footballer-turned TV presenter Gary Lineker and Little Mix singer Jesy Nelson, all understand the dangers of internet trolls and back a guide on how to deal with online abuse.

A report this year from the Center for Countering Digital Hate advises people suffering from abuse sent from internet trolls, to ignore and block them, turning off social media notifications, and taking necessary breaks from time to time, where the app is turned off and not looked at, at all, for days, or weeks at a time.

Jesy Nelson, from the global superstar girl band Little Mix, released a documentary called ‘Odd One Out’ back in 2019, in order to raise awareness of the dangers of online trolls. In this, Jesy spoke about her own battle with mental health and how internet trolls added to her own mental health issues, which led to an attempt to take her own life.

The Jesy Nelson story is one that unfortunately sounds all too familiar. In February 2020, the sad news of TV presenter Caroline Flack committing suicide brought the whole business of internet trolls and online hate and abuse to an ugly head.

She had suffered from years of abuse from anonymous posters online, as well as headlines and damaging stories that were sold to the tabloid press.

At the time of her death, Flack was accused of assaulting her boyfriend at her London home, while he slept, whilst a former boyfriend spoke to the media about how leaving Caroline had saved his life. Her current boyfriend had denied the prosecution, but the CPS had pressed ahead with charges regardless, causing a vulnerable Flack to suffer even more with mental health issues.

At the time of Caroline Flack’s death, ITV’s reality TV show Love Island (which she had previously hosted) released a statement and a tribute outlining its shock at her death and implored viewers to be kinder, to show love, and to listen to each other.

Despite this taking place just last year, the 2021 edition of Love Island began with a contestant receiving a lot of online abuse within days of her arrival. Chloe Burrows’ family shared a post on her official Instagram account detailing the abuse that she has been receiving since the start of the show, with abusive messages from trolls coming through thick and fast since Chloe arrived at the villa and decided to pair up with Aaron.

The family was left annoyed though when the post was removed by Instagram. The post had referenced the troubled history of previous contestants of Love Island committing suicide, as well as Caroline Flack. It seems that the past has taught viewers nothing about being kinder in the present.

Instagram is owned by Facebook, and it removed the post as it was deemed to go against community guidelines. In recent times the big social media platforms have come under increased pressure as online hate, racism, sexism, xenophobia, homophobia, transphobia and all forms of hate seem to be on the rise on these platforms.

In just the last few weeks, racist posts on Twitter, Facebook, and Instagram targeting the three England players who missed penalties in the EURO 2020 final at Wembley, were unfortunately not shocking at all. Jadon Sancho, Marcus Rashford, and Bukayo Saka received racist abuse online within seconds of their penalty misses.

Of all the talk of this modern, forward-thinking and multicultural England squad bringing the country together, as soon as the team was defeated it went out of the window.

The squad is full of progressive, socially conscious young men, helping to raise money for the NHS, feed children and address child poverty and taking the knee to stand against racism, and this is how they are repaid by a growing number of the population.

There are now calls for Twitter and other social media platforms to do more to identify, ban, and help to prosecute individuals who post online forms of hate in any form.

In some cases, celebrities just find the right tone with which to actually reply to internet trolls, putting the trolls off balance. One of the best examples of this was back in 2017 when the high-profile comedian Sarah Silverman began to respond to internet trolls in a different way to how they would expect (and hope) a celebrity to.

After being called the C-word on Twitter after Silverman had attempted to reach out to a Trump supporter with a view of trying to understand their position, she decided to reply in kindness rather than anger.

A series of back-and-forth messages between the pair, where Silverman took a kind and loving approach, led to Jeremy Jamrozy telling Silverman about how he was suffering from slipped discs in his spine without medical insurance and no pain relief, that he was a trauma survivor and how he enjoyed her comedy. Silverman persuaded him to go to a support group and to seek medical help.

I’ve Spotted An Internet Troll…What Should I Do? 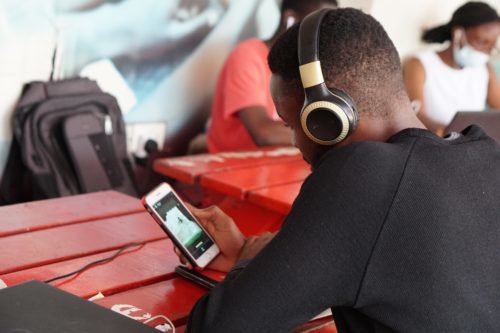 As hard as it is to actually do, it is true that the best thing to do when faced with internet trolls is to completely ignore them.

When starved of the oxygen they crave, a troll will quickly get bored, frustrated and move on to something and someone else.

Try not to take anything that an internet troll says seriously, and as difficult as it can be, remember that they ONLY want to make people mad, and it is not worth your time and stress to respond to them and take the bait.

There are a few steps that you can take, should you be feeling the stress and mental strain of internet trolls.

Internet trolls are a scourge on modern life, a mirror back to society, and it is time for positive change where hate is extinguished.

We understand that, as students, you’re bound to encounter an internet troll whilst scrolling through social media. If you are suffering from any sort of online abuse personally, please feel free to contact our team and we will always be happy to speak through it with you and signpost you in the right direction.

Exam Stress: 8 Tips to Cope With Anxiety from an Actual Student