Maha Shivaratri 2022 is right round the corner and if you don’t know much about this festival, then we’re to give you a full roundup of its history, importance and a quick look at different ways it’s celebrated around the world!

Whether you’re religious or not, learning about special Hindu festivals such as Maha Shivaratri will allow you to further understand different cultures and even open your eyes to others around you.

What Is Maha Shivaratri? 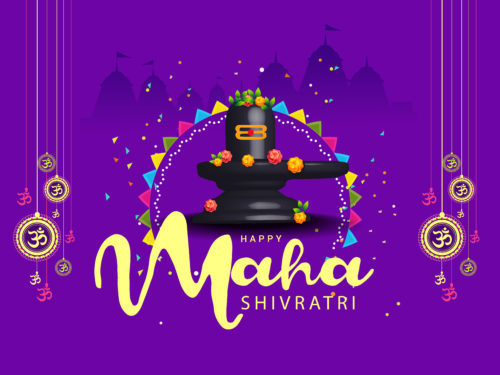 Maha Shivaratri is a powerful festival, celebrated annually by the devotees of the Hindu god – Lord Shiva. It’s one of the most significant dates in the Hindu calendar and many worship at homes and temples and celebrate through fasting and keeping vigil. This nightlong festival serves as a purpose of self reflection and introspection of accepting and leaving behind all things that hinder our success.

The word itself means ‘The Great Night of Shiva’, representing everything that this night embodies. 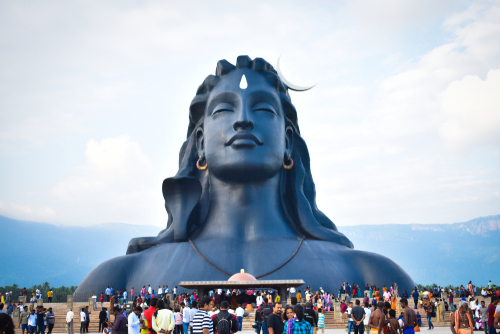 This date fluctuates every year as it falls on the new moon day, which is usually the 13th night/14th day of the 11th lunar month of Phalguna or Maagh (February and March). This day is best suited as the northern hemisphere of the planet is perfectly positioned so that there is an upsurge of energy in humans. 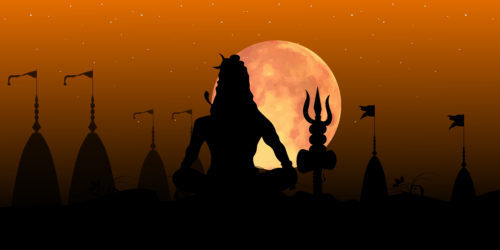 In Hinduism, Shiva is the third, and one of the most important gods in the triumvirate (definition – a group or association of three). His role is viewed as extremely complex, as his qualities slightly contradict one another.

He has the ability to destroy the universe in order to recreate it. The phrase ‘destruction’ denotes negative connotations, however Hindu’s believe his powers are used to destroy the illusions and imperfections of the world. Shiva is therefore seen as the source of both good and evil and his role has many contradictory elements.

Puranas mention several stories and legends that describe the origin of the Shivratri Hindu festival.

One legend marks the day when Shiva saved the world by drinking the poison which emerged from the sea during the Samudra Manthan. It is also known to be the anniversary of Shiva and Parvati, the goddess of the Himalayas. According to another legend, it is this night that Lord Shiva performs his heavenly dance of ‘creation, preservation and destruction’. Lastly, it is also believed that Goddess Ganga descended from heaven in full force. Instead of letting her destroy earth, Shiva caught her in his matted locks, and released her on to Earth as several streams.

As you can see, there’s so many different legends which make up the origins of this major festival, and for most, it represents a day to God Shiva, honour life and celebrate existence.

How Is Maha Shivaratri Celebrated? 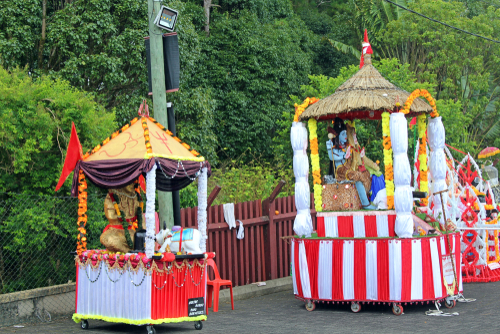 On this day, people observe an all-night vigil and fast. Fasting is a great way of detoxifying the body and getting rid of any negative energy. They’ll then only break this the next day after a bath.

At major Hindu temples throughout India, people will come and gather to dance and attend fairs. Pilgrims will have been on long journeys and camped for miles, in order to devote themselves to the festival. Celebrations will mostly consist of meditation and devotees will read in Shiva Temples about his glory and chant “Om Namah Shivaya”, the sacred mantra of Shiva. Most start the puja after sunset on Shivaratri and continue to do puja till the sunrise.

Given the ongoing COVID-19 pandemic, the usual grand celebrations have not been the same in recent years, but hopefully this gets to change this year!

In summary, Maha Shivaratri is a Hindu festival which is celebrated in honour of Lord Shiva – God of ‘destruction’. Many will spend the night meditating, fasting, chanting prayers and self reflecting. For those who’re celebrating, Homes For Students wish you a night full of wonderful celebrations for you and your family!