On the 8th of March, the whole world dedicates the day to honour women’s social, political, and cultural accomplishments across the globe. Gender inequality is still pervasive in today’s society. Discrimination, bias, stereotypes and toxic cultures exist in the workplace, in the media, at home, in education – everywhere in society. International Women’s Day is an important time to celebrate the achievements of all types of women and highlight how far we still need to go.

Ultimately, women have been fighting for equality since the dawn of time, so it’s no surprise that women were the driving force behind establishing an International Women’s Day. Women have been treated as second class citizens for the majority of history. Some countries still offer lesser protections based on gender to this day, so the fight still goes on for all women, in different ways across the world. Contextually, it is only just over 100 years since the UK allowed women the right to vote. Pretty wild right. 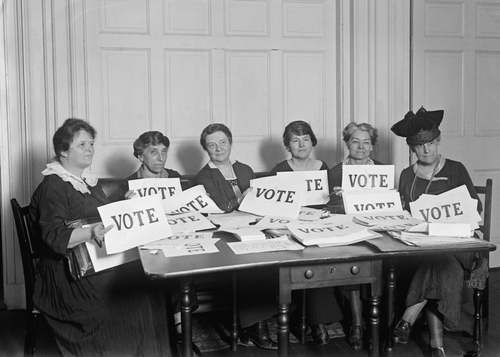 The suffragettes were founding members of the National Society for Women’s Suffrage and the National Union of Women’s Suffrage. These activists were the catalyst for the key changes in voting laws within the UK. Voting may not be seen by some as the critical issue women needed to overcome, but taking part in the electoral vote, signified that women’s voices were worth hearing. The vote sparked a revolution and uprising against the patriarchy that still exists today.

The suffragettes were the first group in history to really throw down the gauntlet to demand equality. They staged hugely controversial protests and marches to make society aware of their cause and generate support and sympathy for their cause.

Activists such as Annie Kenney, Emmeline, Christabel and Sylvia Pankhurst became household names. Whilst these women are synonymous with the movement for women’s equality, it should be noted that they were often brutally treated as criminals by law enforcement, and some even died for their beliefs. Still, they continued to protest until The Representation of the People Act 1918 was passed, allowing women over the age of 30 to vote. On the momentous day of 21st November 1918 the Act 1918 was passed, allowing women to be elected to Parliament. Still, women had to wait 10 years to be awarded the same voting terms of men.  the Equal Franchise Act 1928 was passed, giving all women over the age of 21 the right to vote.

Since the right to vote was won in 1918, women have continued to stand up for their rights and secured rights to healthcare, access to education and the right to own property. On top of this, women were also fighting against the British legal system, which was historically heavily geared to favour men. Women would have to endure emotional and physical abuse as well as risk their children being taken away if they were to leave their husband as the law favoured fathers over mothers. We know we’ve said this already, but remember, this was only about 100 years ago.

Before women had any rights: 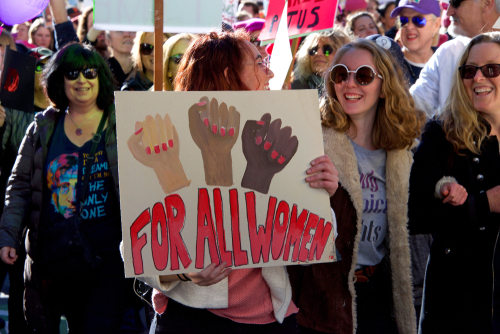 It wasn’t just the UK that was undergoing a removing. Women in the recently emancipated United Sates were querying how they could be treated in the same way the forefathers were protesting the British were treating them. This hypocrisy sparked a conversation at and afternoon tea that has had a ripple effect amongst society ever since.

In the United States, Elizabeth Cady Stanton called a public meeting to discuss the state of women following afternoon tea in 1848. This was the first meeting of its kind in the world. Stanton drafted the Declaration of Sentiments, now commonly referred to as the Seneca Falls Convention. Using the Declaration of Independence as a blueprint, the Seneca Falls Convention set out 18 grievances that women had about how they were treated in society; the exact number of grievances the American forefathers had when breaking off the British rule.

A total of 68 women and 32 men signed the declaration, the results of which were ground-breaking and a brutal depiction of women in the New World. One of the most hard-hitting statements within the document was, “He has endeavoured, in every way that he could to destroy her confidence in her own powers, to lessen her self-respect, and to make her willing to lead a dependent and abject life.”

From housewives conversing over afternoon tea in New York, 1848, about the disparities that existed between the then two genders to the British Suffragettes in 1860, the 19th century was a time of radical thinking in terms of Women’s rights. Much of the messaging remains valid to this day. 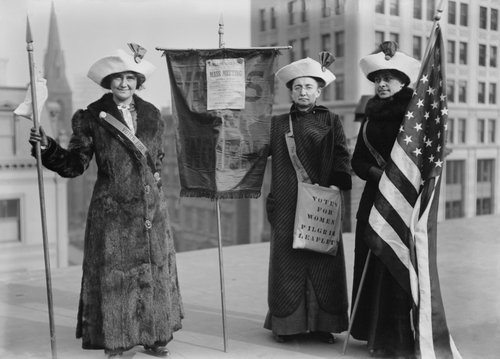 Whilst IWD’s campaigns vary year-to-year, the overarching aim of the organisation is to “celebrate achievements; raise awareness about women’s equality; lobby for accelerated gender parity and fundraise for female-focused charities”. IWD is a public holiday in a number of countries throughout the world. It has differing roots politically or socially depending on where you are in the world. In recent years, the western world has taken IWD to be seen as an opportunity to celebrate women as a whole rather than treating it as a political movement.

In countries that remain fighting for basic gender equality, IWD continues to be an important date for activists and campaigners; it is the perfect opportunity to remind the world there is still so far to go and a lot of work to be done to reach the ultimate goal of gender equality.

IWD has become a truly global movement, with organisations from all walks of life organising events, rallies and fundraisers for the purposes of fundraising and raising awareness.

This year’s IWD theme is #BreakTheBias taking aim at all forms of bias, discrimination and stereotypes, not just about women. The goal is to celebrate our differences and remove harmful bias from our workplaces, schools and communities. Millions of people worldwide are getting involved by striking the #BreakTheBias pose, crossing their arms in solidarity with women everywhere. These wide-reaching social media campaigns show how universal the message of IWD is. It is inspiring to search against the hashtag to see so many people from all backgrounds and genders coming together in unity. 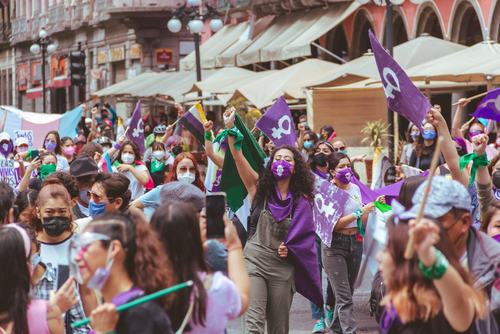 As with everything, there is criticism around the commoditisation of IWD. Critics say that the corporate adoption of the day actually harms the gender equality cause. It is often claimed corporations use International Women’s Day and other similar celebrations throughout the year as opportunities to be seen as progressive whilst not making any systemic changes that would improve or further these causes.

This may be the case for some, but if you’re an optimist, you could argue that the more publicity for International Women’s Day, the better for the cause as a whole. One brilliant outcome of International Women’s Day over the past few years is that it has provided a platform for the few women in the tech industry to highlight their own achievements and inspire confidence in more women to enter these male-dominated spaces.

If you’re a man, and you’re thinking, “why isn’t there an International Man’s Day?” – you’ve really missed the point. Every day is man’s day. Whilst other societal and cultural factors, of course, influence privilege, the world is geared to be predominately in men’s favour. International Women’s Day is a chance to support and congratulate women worldwide. Whether it’s a friend, family member, tech genius, world leader, author, creative, show support and thanks for the steps they’ve made to make the world, even if it’s just your world, a better place. In particular, the recent news highlighting the persistent presence of violence against women within British society clearly shows the work that needs to be done to make the world a safe place for women.

International Women’s Day Has An Important Message We Should All Be Listening To. 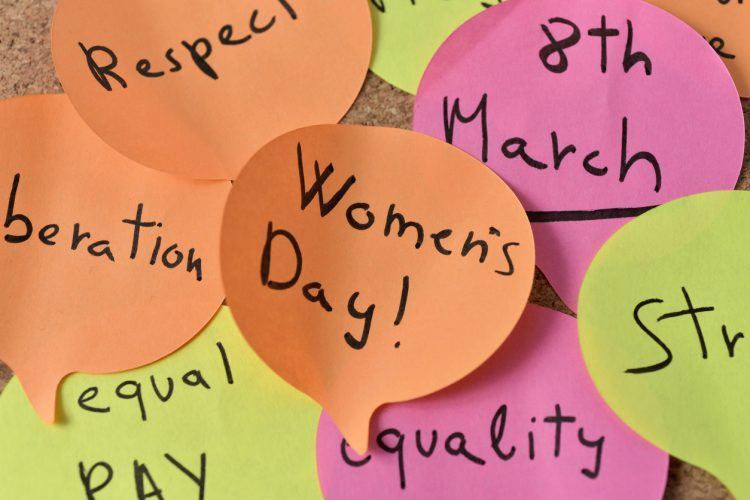 Ultimately International Women’s Day is a day of celebration, a day bringing males, females and non-binary people to celebrate the achievements of women. Even though we should be doing this every day, marking a day in the calendar to highlight this shows how far we’ve come and how far we still have to go. It is vital for continued progress that we don’t just fill these days of celebration with empty virtue signalling social media posts. Let’s use today as an opportunity to call to action for further changes and honour those heroes who have shaped the world for us today.