HFS Info Hub: What Is Left and Right In Politics

As a young, intelligent student, you’re more than likely to become increasingly interested in politics and what’s happening in the world around you.

Granted, the world of politics can be pretty confusing and overwhelming, but once you know the basics, it’s deffo worth learning more.

There are plenty of different political parties and branches of government, and although we have a monarchy, we’re also a democracy!

Have you ever sat down and wondered, what is left & right in politics? We often hear the terms left and right…but what do they actually mean?

Well, wonder no more people! Because we’ve found out the basics to give you a helping hand, and we’ll try and simplify it as much as possible.

So, get your thinking hats on, and let’s delve into the interesting world of politics!

When wondering what is left & right in politics, you really have to go back to basics to understand the meaning.

The words left and right is all about the political spectrum, liberal politics are associated with the left, and conservatives are labelled as right.

Think of it as a scale, with two opposite ends, with each end representing a group of principles.

As your interest grows more and more in politics, you’re very likely to hear the phrase left & right a lot, whether it’s referring to left-wing politicians or even publications.

It’s fab when you actually understand the spectrum because it’ll open your eyes to political bias, your own bias, and why new policies/laws are made.

So, What Is Left & Right In Politics? 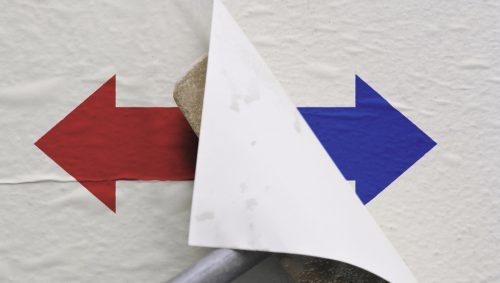 Basically, in politics, the left refers to people and groups that have more liberal views, they generally seek greater social & economic equality.

Those on the left, strive for an equal society and believe the government should basically play a large part in this!

If you’re swaying towards the left, you usually tend to support higher taxes on the rich and welfare for the poor.

In the UK, the main left-wing parties are the Labour Party, The Scottish National Party and The Green Party.

The term “left” was applied to a number of movements, especially republicanism in France, socialism, communism, the labour movement etc.

In terms of left-wing publications, The Guardian, The Mirror, and The Independent are the main three, with The Daily Mail being very right-wing.

This video is actually super handy in explaining the modern political world, so give it a watch for some clarity!

Okay, so we hope that’s cleared some things up for you in terms of what is left & right in politics!

Now that we’ve discussed left, let’s move onto the right (who usually support tradition and the way things are.)

Someone who is right-wing in politics usually supports social or economic conservatism and support tradition and authority.

Many of those in favour of right-wing politics believe that society’s customs and traditions are useful and should be maintained as much as possible.

In terms of social inequality, they believe it’s pretty much unavoidable, and that the government should play a limited role in peoples lives.

Those on the right also believe that lower taxes on businesses will help them grow, so if we leave them to their own devices, it’s better for the economy.

The Conservatives who are currently in power are very much known as a right-wing party, with The Liberal Democrats very much nestled in the centre. 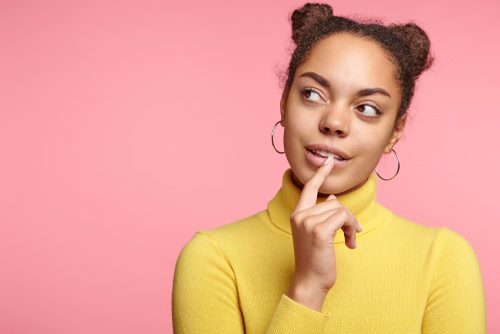 Remember that it’s important to keep in mind that the terms ‘left’ and ‘right’ aren’t absolutely fixed, and not always accurate.

For example, many of Labours policies place them very much in the middle, sometimes even right in some cases!

Instead of deciding whether you’re left or right, it’s best to look up all political party manifestos so you can get an accurate idea yourself.

It’s not all black and white in that sense, as many individuals who describe themselves as being left, may support ideas on the right also.

When making a choice, it’s all about finding the right balance, and what works for yourself and your beliefs.

As a student, you may feel like politics is a little on the boring side, but your voice is incredibly important in shaping the future!

So, whether it’s reading up on a British Politics For Dummies book and having a little think, or doing your own research after reading this blog – deffo do it.

We hope you found this information useful! Working out what is left & right in politics, and what your general thoughts are, can be tough.

Our advice is, make sure you do your research first, and don’t let your decision be swayed by your pals, this is your choice entirely – the joys of democracy!

Are you enjoying our HFS Info Hub series? Check out our previous blog for the best CV templates for students, thank us later!