For International Women’s Day 2022, we wanted to shed light on different topics associated with empowering females. Within our two part series, we’ve discussed well known women around the world who’re inspirational and perfect examples of what we would call a ‘role model’.

Whether you’re interested in business or not, knowing there’s successful women dominating the industry is something we need to highlight. Impressive? Absolutely, especially when you uncover the facts and stats of women, in comparison to men, in the workforce.

For years, the majority of females have been dominated by men in terms of business and the wider world. Though it is improving, the gap between both is still extraordinarily high. Extracted from reliable sources, check out the snippet below of recent figures illustrating women in business…

Above clearly demonstrates how there’s still major improvements that need to happen in the workplace, and having days such as International Women’s Day, will allow the wider world to recognise these issues.

We’ve explored the data and evidence around the subject and present to you 5 individuals who’re smashing it right now. It includes those who own their own business, are successful female entrepreneurs and those who managed to work their way up to the top ranks…real badass women in our eyes! 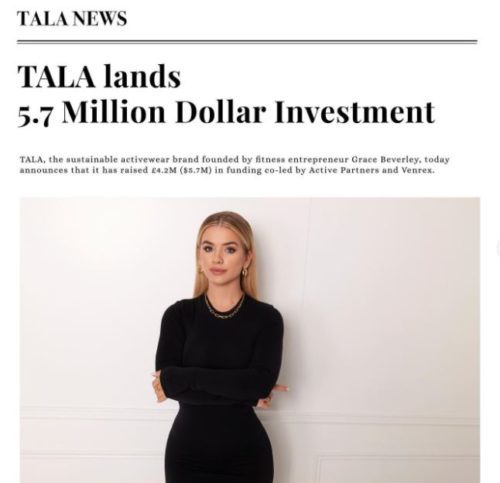 Firstly, we wanted to begin with someone super incredible. Like seriously, what HASN’T Grace Beverley done???

Grace Beverley is a 25 year old female entrepreneur and influencer who began her journey on Youtube and Instagram, and formerly branded herself as GraceFitUK. Since, she’s managed to massively disrupt the fitness industry with the introduction of TALA, a sustainable activewear brand for women. With values focusing on authenticity and responsible consumption, Beverley has been able to create a fashion line which is inclusive of all sizes, transparent about its factories and conscious about the state of the fast-fashion industry.

TALA has taken the world by storm and continues to thrive year by year. It’s built a community of loyal customers through social media which any company would be envious of. It’s a testament to their commitment to produce the best possible products without compromising on price or ethics. More recently, Beverley has announced that TALA has received £4.2 million in funding to be able to expand the company internationally, making TALA accessible to everyone.

TALA today has a lean team of 12 employees, and a majority-female board (66%) and cap table (71%). For International Women’s Day 2022, Beverley and TALA are a great insight into how much you can achieve at such a young age.

Yes, we’ve mentioned all of this and not even mentioned about her other achievements, such as Shreddy. How does this girl have time to do anything other than work???… 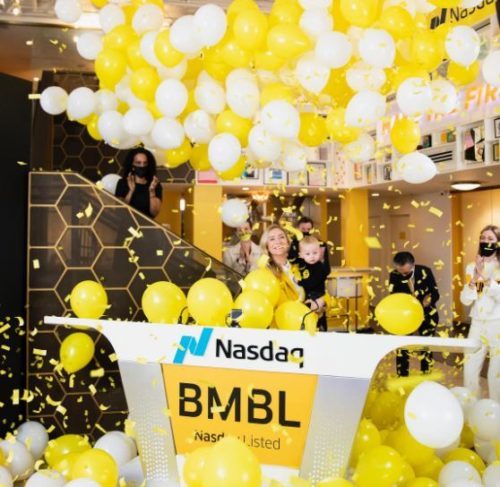 If you’re one of the lucky ones and are in a secure relationship, then you might not have had the chance to check out Bumble (how unfortunate for you). Bumble is a brilliant online dating platform giving women and men the opportunity to swipe for someone they like. The catch – only the women are allowed to message first. If there’s no messages sent back within 24 hours, the match expires. In same-sex matches, either person can make the first move, aligning with Bumble’s values of inclusivity for all.

Its success has been exponential over the recent years and it has ventured out into many avenues such as making friendships and networking for your career. Whitney Wolfe Herd is the CEO and Founder of Bumble, and in February 2021, Wolfe Herd became the world’s youngest female, self-made billionaire when she took Bumble public. She is also the youngest woman to have taken a company public, at age 31.

Whitney Wolfe Herd is the perfect example of how hard work and determination can elevate you in the male-dominated industry. Before Bumble, she was among the founding team at Tinder, again another successful dating app. But after tensions with other executives – one of whom she had been dating – she left. Shortly after, she launched a sexual harassment case. Since, she has proved a force to be reckoned with having launched Bumble to inspire all and encourage women to take control. 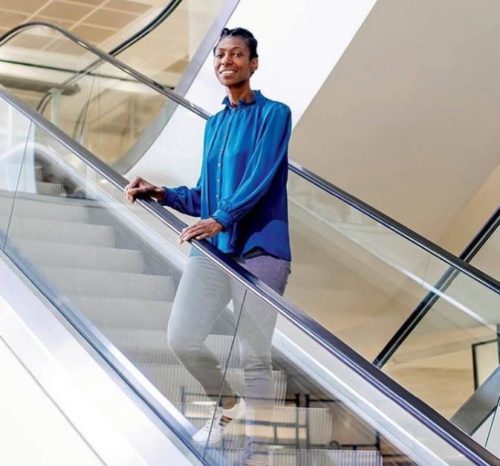 After making history becoming the first female chairman of John Lewis Partnership and being named the 2nd most powerful black Briton, it comes as no surprise that Dame Sharon White is up here on the list of successful female businesswomen. She’s a pioneer for black women around the world and highly inspirational for all.

White has been on a huge journey in terms of her career and every step has developed her into the woman she is today. In 2013, she was appointed Second Permanent Secretary at the Treasury, making her one of the most powerful women at the time in Whitehall. She was the first black person to become a permanent secretary at the Treasury and only the second woman. It was announced in December 2014 that White would be the chief executive of Ofcom, the communications regulator in the UK. She excelled in Ofcom for over 4 years, until she was given the opportunity of a lifetime to work as the Chairman for John Lewis Partnership.

Now, she invests her time into John Lewis, whilst also being an advocate for diversity and inclusivity within businesses. There’s so much more to Dame Sharon White than we can get down in one brief summary, so make sure to read up more about her achievements here.

If you’ve never heard of Dr Lisa Su then here’s your chance to get to know. She’s the chair and chief executive officer of AMD (Advanced Micro Devices), an American multinational semiconductor company based in California, that develops computer processors and related technologies for business and consumer markets.

As found from exploring research and stats, we came across an interesting report about Women In Tech 2021. It found that women are still outnumbered in the tech industry and they have to work extremely harder to prove their worth. For Dr Lisa Su, she went against all odds and was appointed her role back in 2014, a brilliant achievement and a clear demonstration how women can absolutely smash it in tech.

She’s made it onto two incredibly brilliant Forbes lists, which highlight her accomplishments…

If there’s anyone you could have as a role model for this International Women’s Day 2022, then Dr Lisa Su would be an exceptional place to start. 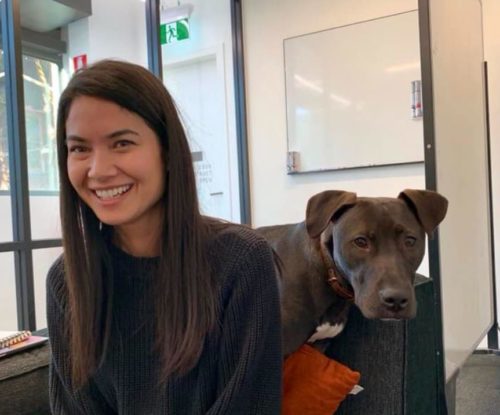 If you’re in the online world of social media management, content creation or just marketing in general, you’ll have probably come into contact with Canva – right? Well co founder – Melanie Perkins – is an extremely powerful woman and has re-designed the graphic design industry as a whole.

Canva is a free graphic design tool which allows businesses to create anything they need. From invitations and leaflets, to Instagram posts and company logos, there’s so many ways of utilising this tech tool to benefit businesses.

Forget needing years of experience from a degree, this interface is effortless and gives everyone the templates they need to create professional designs.

In terms of women in business, Melanie Perkins became a very popular name in the tech environment, and in 2016, she was named to the Forbes’ 30 Under 30 in Asia List. She’s the image of a success story for females around the world and encourages other women to get stuck into tech if they’re interested, proving women can outshine men when the time comes to it.

And there we have it, 5 successful females in business! Throughout their many years in the business industry, they’ve been able to fight the norm and flourish in a male dominated environment. Give them all a follow on their journey and let them inspire you to reach your potential! Thanks to the evolution of social media, we can learn and grow together with these pretty incredible women.

If you’re interested in reading more about empowering females, then check out our other blogs below…

Wimbledon - All The Info - When, Where, How to Watch

6 Cheap Recipe Boxes To Help Save On Your Food Bill