The vibrant city of Durham, revered for its fascinating history, stunning architecture and ever-growing student population, is also renowned for having an uncanny knack of churning out famous faces. Some of these A-Listers are born in the city, which lies on the River Wear, to the west of Sunderland, while others make their way to the area later in life to study or work. Either way this fascinating place, home to an iconic castle and cathedral which are now World Heritage Sites, cannot help but attract people who go on to become leaders in their respective fields.

Here are six of the best: 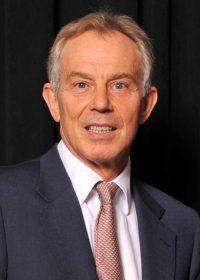 Regardless of your political persuasion, and views on his tenure as Prime Minister, Tony Blair will go down in history as one of Westminster’s most prominent figures, having won three successive General Elections. His decision to invade Iraq in 2003 remains one of the most controversial in modern-day politics.

After his father Leo took a lecturing job at Durham University, the family moved to the area when Tony Blair was five-years-old. He went to Chorister School between 1961 and 1966 before, aged 13, being sent to a boarding school in Edinburgh. That, however, did not signal the end of his association with Durham.

He became MP for Sedgefield, County Durham, in the early-1980s. His rise to prominence famously took him all the way to 10 Downing Street, and some of his most striking moments occurred in Durham. At Trimdon Labour Club he launched his party leadership campaign in 1994. Three election victories and more than 10 years down the line, he chose the same venue to announce his resignation as Prime Minister.

Much-loved comedy performer Rowan Atkinson, best known for his work on Blackadder, Mr Bean and Johnny English, was born in Consett, County Durham, in 1955 – the youngest of four brothers in a busy north-east household.

Raised as an Anglican, he was educated at Chorister School, just as Tony Blair was, before moving on to St Bees School and Newcastle University. His degree in Electrical Engineering offered no clue that he would go on to become one of the UK’s most celebrated actors and comedians.

His breakout performance came in the satirical Not the Nine O’clock News, before ground-breaking Blackadder arrived in 1993 and ran for four timeless series on the BBC, pulling in tens of millions of viewers. From the high-brow to the farcical, Mr Bean couldn’t have been more different to Blackadder but earned equally high praise. Atkinson has since conquered Hollywood with the likes of Love Actually and Johnny English.

One of the world’s leading female footballers, Durham-born Steph Houghton is captain of both Manchester City and England. The 29-year-old centre-back inspired a generation of football fans by overcoming two serious injuries, battling her way back to full fitness, and taking the armband for club and country.

Houghton, who attended South Hetton Primary School, started her career at Sunderland Women before spending three years with Leeds United Ladies. She rose to fame as the star of Arsenal Ladies prior to her switch to City in 2014, two years after stealing the show for Great Britain at the London Olympics.

She has since been awarded an MBE for services to football, and is closing in on an astonishing 100 caps for England. She still regularly returns to Durham, and has given talks about her career to pupils at South Hetton Primary School. 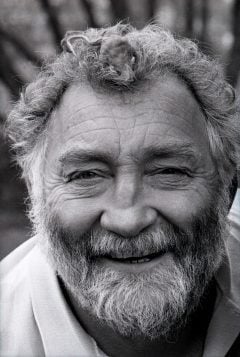 Veteran broadcaster, author and environmental campaigner is a much-loved face around Durham. He has lived in the area for more than half-a-century, has lectured at Durham University, and is president of Durham Wildlife Trust.

The former laboratory assistant became a television mainstay in the 1970s, on shows such as Don’t Ask Me, Bellamy on Botany, and Bellamy’s Britain. His distinctive voice provoked impersonations by many a comedian, but also landed him plenty of voiceover work!

In 2013, Bellamy’s 80th birthday was honoured by Professor Chris Baines, who gave the first ever David Bellamy Lecture at Buckingham Palace. Pete Wilkinson delivered the second 12 months later, at the Royal Geographic Society.

Coronation Street legend Denise Welch has always spoken with great pride about her hometown, throughout her successful and varied career. The actress and television presenter was a pupil at Blackfyne Grammar School in Consett when she lived in Ebchester, County Durham, and developed a love of acting as a teenager.

A school production of Finian’s Rainbow proved to be the first step in a journey to national stardom. A breakout performance in Soldier Soldier in 1993 ensured she would grace our television screens for many years to come, and by 1997 she was playing Natalie Horrocks in Corrie. Waterloo Road, Eastenders and many other shows followed.

More recently, she has appeared as herself in Celebrity Big Brother, The Cube, and Dancing on Ice, and became an ever-present on daytime ITV panel show Loose Women.

Durham-born Jane Porter was a ground-breaking author who was credited with producing one of the earliest historical novels, ‘The Scottish Chiefs’. She grew up in the Durham area and remained there until her father’s death, at which point the family moved to Edinburgh.

Her breakthrough book, based on William Wallace, earned critical acclaim across Europe and was even banned in France by Napoleon! To this day, The Scottish Chiefs remains a big hit with children.

Letters in the University of Durham archives suggest that ‘Sir Edward Seaward’s Diary’, an 1831 piece, said to be a record of genuine events, was edited by Porter and written by her brother, Dr William Ogilvie Porter. Two of her other siblings also enjoyed celebrity status to some degree – Anna Maria Porter was a novelist, and Sir Robert Porter was a successful painter.

For more information view our student accommodation in Durham or call 0333 344 2829.