The TikTok music industry angle is a part of finding new talent that has emerged in recent years and doesn’t show any sign of slowing down. The platform is changing the industry but is this the future and is it a good or bad impact? Well, that’s what we’re here to discuss.

If you are considering a career in music, or you just like to show off your vocal cords or your dance moves on TikTok, you never know, you might be the next big star!

Carry on reading to find out about how the digital platform is influencing the industry, and how its influencing you. 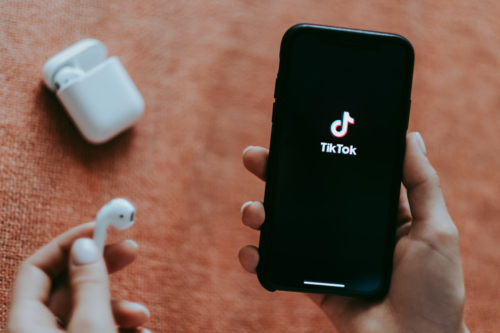 The Hit Factor Of TikTok

TikTok has only been around since 2016, but it already has over a billion daily users, which is astounding. In that relatively short space of time, it has become a platform for many household names and unknown artists.

For some people it is fun, for the music industry, TikTok has become an essential tool for promoting both new and established artists.

Individual songs find fame organically on TikTok, with some old songs finding fame again even if they’ve not been in the mainstream for some time.

It has all of us discovering new songs or listening to songs from previous decades just from seeing them on viral videos on our for you page – they get stuck in your head and lets be honest, they get added to your playlist!

Other tools that marketing teams use include hiring influencers to help with songs, either through sharing a clip, talking about their love of an artist, or putting their own twist on a song and releasing it on their channel.

User-generated content that is created by users and fans is the best way for any artist and song to take off and find viral fame, so that is always the aim of the TikTok music industry approach.

It is easy to see why the music industry is focusing on TikTok so much. A song that has gone viral on TikTok is much more likely to hit the charts. 67% of TikTok users are more likely to independently seek out a song on music-streaming platforms too once they have heard a snipper on TikTok.

TikTok and the music industry go together these days, a promotional hub for marketers and artists alike! 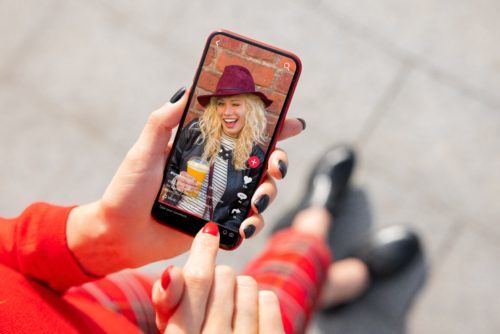 The Success of Lil Nas X

The biggest music star to find success due to TikTok must be Lil Nas X. A clip of breakout single ‘Old Town Road’ was first released on TikTok back in 2019, before multiple versions helped it to go viral.

The official single featuring Billy Ray Cyrus ended up the longest-running song at number 1 on the Billboard Hot 100 in the US and Lil Nas X won 2 Grammy Awards in 2020.

The platform is perfect for an artist like this, willing to show off a comedic side and to showcase snippets of what’s to come with imagination and creativity.

Lil Nas X has been a crossover success, between TikTok and the music industry, between Country and Rap, he’s just a success story all round. It shows what TiKTok can do when the content is this good. Now, Lil Nas X has nearly 30 million followers on TikTok – wow! 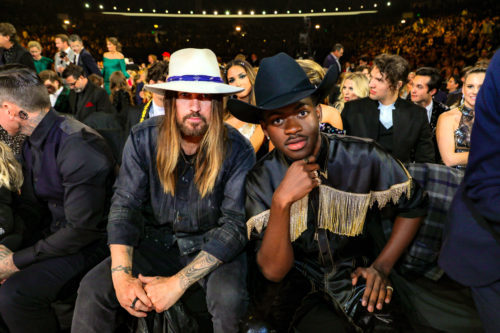 The modern world of marketing is at its best when there is a genuine connection between artist and fan. One way to do this is to create a compelling story and to take a fan (or customer) on a journey that they can understand and that they enjoy.

The creativity, instant gratification, and access to an extremely large audience, is one reason why TikTok is such an appealing platform for record labels and marketing departments.

Storytelling and TikTok go hand in hand seamlessly. The way in which an artist can create a story or the ways in which a song can go viral, can come about in a variety of ways. 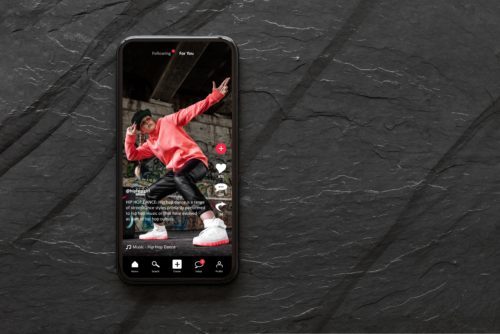 One way in which TikTok is used to promote new songs and albums is where influencers are invited to private listening sessions of new materials.

Working with the TikTok team, some artists and labels have gone direct, teaming up to promote a song or album ahead of its official release date.

Influencers and creators on TikTok can make a massive difference to the exposure of new music. A private listening party for a select few influencers can ensure that a new track is promoted to a much larger audience.

It has become a part of the marketing machine already, in much the same way as radio and TV have been a staple of music promotion for decades.

Music marketing on TikTok is a huge part of the game these days. It is also a fruitful way for TikTok content creators and those who have found fame on the platform to make more money through paid promotions.

If a user sees their favourite TikTok performer waxing lyrical about a new tune, they are sure to check it out!

Micro influencers have also become a popular tool for marketing departments and artists. As it is a more cost-effective way to reach a larger audience than reaching out to a big established star who might request a lot of money to promote a song.

One of the things that drew so many new users to TikTok, especially during the lockdowns of 2020 and 2021, were dance and music challenges.

Marketers find it useful to open the door for those who wouldn’t usually be considered influencers to promote their artists and tracks through challenges. We’ve all seen the TikTok videos of people dancing and singing along to songs.

We’ve lost count of the number of times we’ve seen people of all ages and fame dancing along and miming to Lizzo’s ‘About Damn Time’ this summer.

This user-generated content goes a long way to promoting a track without the artist really having to do that much once the original video is out in the open.

How Does TikTok Help A Song To Go High Up The Charts?

Although plays on TikTok don’t contribute to charting success directly, it is difficult to ignore the importance it has on chart success.

Also, when you consider how streaming platforms such as Spotify were not included in the past, it is easy to see how TikTok could be incorporated in some way in the future, especially with talk of a music specific app in the works.

The biggest change for artists and the music industry is that an artist doesn’t necessarily have to be connected to a record label to be successful to begin with.

Going viral on the app doesn’t have to cost anything at all if you are clever with the content you produce and have that bit of luck that all viral content needs to stick and reach millions of users around the world. 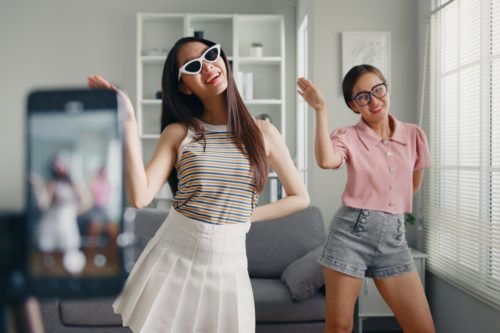 TikTok has been a great help in transferring interested users over to active listeners on Spotify, Apple Music, and other streaming platforms.

Success on TikTok has launched careers in some cases, as we’ve seen. It isn’t a straightforward thing to predict, so there is no formula for guaranteed success when using TikTok to generate streams.

When you consider a song like ‘Dreams’ by Fleetwood Mac, a hit for decades that has suddenly become a modern hit thanks to TikTok, finding a whole new audience (it isn’t just Stranger Things that can push old songs up the chart hill!).

Smaller indie artists are seeing thousands of listeners added to their monthly stats due to TikTok. But the tracking is an issue as there is no way to directly account for TikTok streams leading to Spotify streams for instance.

They are completely separate platforms with different data. You can’t even click direct from TikTok to Spotify at the moment. 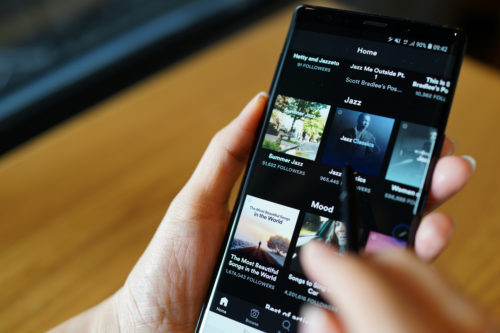 TikTok VS The Music Industry

Now that it has become obvious how TikTok and the music industry can interlink successfully. We are seeing more and more music agents, bookers, festival organisers, and labels, utilising TikTok as part of a wider marketing strategy.

This has brought with it some greater success for artists who have already ‘made it’, but there is a darker side to this.

In much the same way that everything can become saturated, the start of 2022 saw complaints from some established stars who felt that their labels and marketing teams were pushing too hard on platforms like TikTok.

What had begun as an organic platform that helped silly dance moves and unknown musicians go viral, has already began to be used by the corporate world to make more money, at the expense of working their stars too hard. 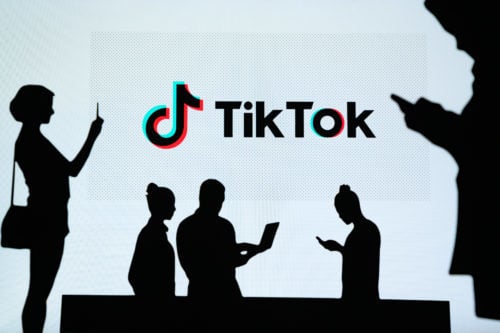 In an age where artists are struggling to make money and fighting against a system where they receive pennies for streams on Spotify, Apple Music, YouTube, and other digital streaming platforms, TikTok has certainly been a breath of fresh air.

It definitely feels like we’re back to a point where up and coming artists have been forced to find a new way to interact with their audiences, in much the same way that punk was an underground movement that made it big in the 1970s. 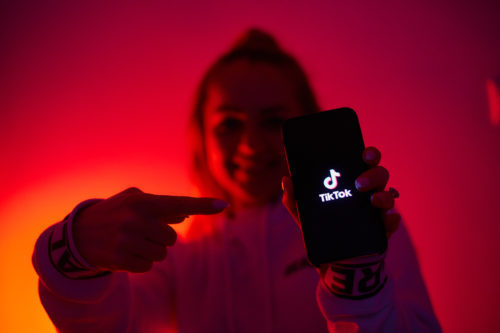 TikTok provides a platform to be inventive and creative, engaging with a wide audience without the need of big music agencies and record labels. It is possible to make those first few big waves in music through TikTok.

Set up that TikTok account from your student apartment, get those creative juices flowing and you could soon be changing the TikTok music industry once more with your tunes and moves.

We’ve put together a list of the best student bank accounts for this academic year.