Southampton Travel Guide: The Best Ways To Travel For Students

When arriving in a new city as a student, it can be easy to feel overwhelmed and to be unsure where to start exploring, but don’t worry we’re here to help!

Whether you are the type who likes to discover their new surroundings with a long walk aided by Google maps or you prefer to hop on a bus to find what’s close, this travel guide will tell you the best transport options to make use of in and around Southampton as well as what travel cards are available. 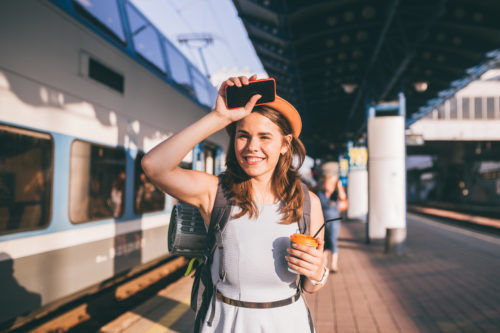 There are many transport options for students living in Southampton to get them from A to B, from buses to trains to ferries to scooters to flights – it’s so easy to travel around! Stick with us and we’ll show you how you can explore.

If you are a student in the University of Southampton’s owned student accommodation, here is some good news to start: for being in UoS accommodation, you will be given a free to use bus pass for the year (specifically for UniLink buses, which are also cheaper).

This is perhaps the most useful thing you can have to explore the city with, as routes go to the three primary locations you’ll want to visit and explore for what is useful to you.

Now, let’s discuss the best transportation methods for students eager to get about.

Bus routes take you between Southampton’s accommodations, to the University campuses, to Portswood and to the City Centre in routes that tend to take around 40 minutes to an hour and which cost very little.

You can also get PlusBus tickets for around £2 per day which allow unlimited travel on the majority of buses.

Southampton’s city centre is filled to the brim with good places to visit, for students or otherwise, with a great range of stores and a surprising amount of relaxing spots to visit, too, with parks sprinkled around generously and the sea nearby.

There is also more than enough entertainment available, with two cinemas (a Showcase within the city centre and the more independent Harbour Lights by the seafront) and a free to enter museum which is open to all.

Another main spot worth mentioning within Southampton is Portswood, which is effectively a high street full of some of Southampton’s best spots for shopping. For those who enjoy thrifting, there is a number of charity shops which allows for that, too, and all of the shops are within walking distance thanks to their positioning besides one another along the street.

With all these places only being a bus ride away, why not download the MySouthampton app to get live updates on any delays to bus routes? It is an app worth having if you plan to make use of the buses around the city!

UniLink buses also offer a discount for students across the board, information that is worth knowing if you plan to travel by bus in Southampton. Download the app to plan your journey, track your bus on a map, view live times and buy tickets! 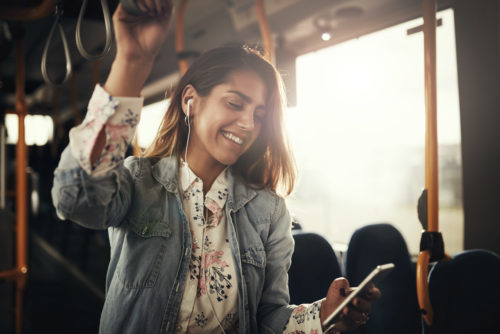 For those who are willing to travel a little further afield, Southampton’s easily accessible trains allow for travel far and wide and you can easily book tickets through Trainline.

For nearby locations, Eastleigh and Winchester are both nearby as well other places such as Bournemouth, Portsmouth and Brighton being only a train ride away. You can even travel to London by train as it’s only a little further at around an hour-two hours.

Eastleigh is best for those looking for something more rurally focused whilst, of course, London has the urban city setting if that is preferred.

It is close enough that it is included on the local bus routes for some companies, so it would cost the smaller price of a few stops via bus.

Traveling to these other towns and cities is quite cheap at around £30 from Southampton to London on a train, and even cheaper by coach (of course, a coach is slower).

You can also get a 16-25 railcard and get 1/3 off train travel. It’s only £30 for the year so it’s for sure worth sorting one out if you’re keen to see new places whilst living down south! 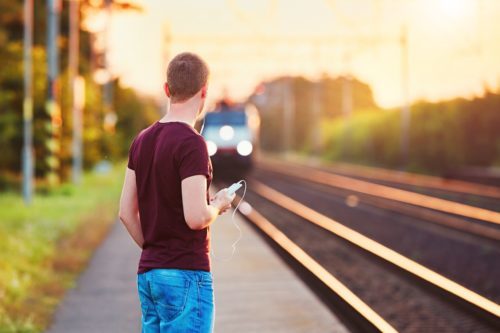 Voi electric scooters are also very frequently used in the city by students, costing £1 initially to use and then a further 14p per minute, with 24 hour and 30 day unlimited passes available at £5 and £55 respectively. Not bad really, is it?!

These offer a fast and convenient way to get around the city and don’t force you to follow the bus routes, so they can be a better choice than public transport depending on where you’re trying to go (and how fast you’re trying to get there).

Scoot in style to your student accommodation, all your friends will be jealous!

You do have to set up an account to use these scooters so head to download the app. 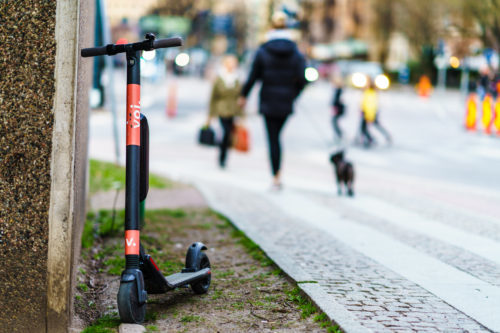 Visiting the seaside within Southampton is a beautiful and is surprisingly quiet most of the time.

The ferry port is only a short walk away from the city center (10-15 minutes from the busiest parts), and there is a large grass area next to it which allows for relaxation or sports along with benches for those who wish to be more mellow and sit watching the waves come in and the boats come and go.

There are ferries which can transport you near and far offering routes to the Isle Of Wight all the way to New York City! Check out the different routes for the Southampton Ferry. 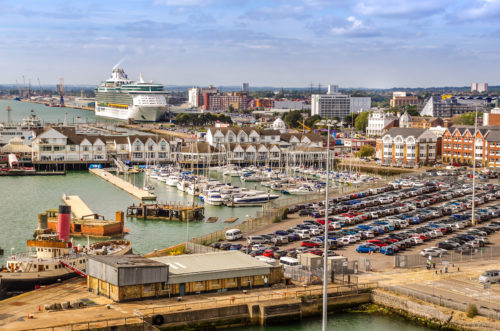 Another mode of transport that students can make use of is the Southampton Airport, which offers flights around the UK and Europe primarily and is located just outside of the city and there of plenty of bus routes that will take you there.

If you’re an international student worried about taking a trip home or just someone who’s keen to catch a flight for a city break, Southampton’s got you sorted! 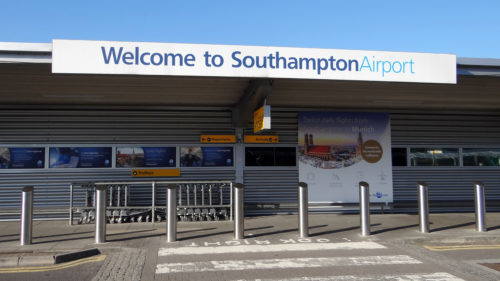 So, thus concludes this introduction to Southampton travel. Of course there are still other transport options available like the good old Taxi or Uber rides too!

If your boots are made for walking, then that’s fine! Although, we would recommend making use of the trains and buses as Southampton is somewhat spread out and walking distances may prove difficult for some, but as you can see there are tons of accessible transport options to make use of.

For those moving to the area, hopefully this list can provide you with some good places to start visiting upon arrival to learn what the city has to offer!

Liked what you’ve read? Check out our blog on 6 Cafes Perfect For Studying In Southhampton.

The Top Reasons Why You Should Study Abroad At University

Here's How We Support Chinese Students Moving To The UK!

The Student Guide To Things To Do In The Peak District

Best Things To Do In Kelham Island For Students

8 Of The Best Nightclubs To Go To In Norwich

How To Support The Mental Health of LGBTQ+ Individuals

How To Improve Your Credit Score At University: Tips & Tricks

The Top 5 Gyms In Southampton For Students

A Jolly Guide to Christmas in Southampton 2022

The Best Halloween Parties & Events to Attend In Southampton This Year