From Plug to The Leadmill, The Harley to The Crucible, Sheffield has a long-established history of cracking music venues that cater for all types of music tastes.

With such a great tradition of live music it is no surprise that there have been some quality bands and artists that have come out of this exquisite South Yorkshire city over the years.

If you’re a student living in Sheffield you need to know about these famous Sheffield names in music:

You all know about Pulp and Jarvis Cocker, right? Disco 2000, Common People, and Jarvis waving his a**e at Michael Jackson at the Brit Awards in the mid-90s. Well, even though the band found massive fame and notoriety at the height of Brit Pop in the 1990s, they’d actually been formed as far back as 1978 as the brainchild of Cocker.

They had some underground and cult hits in the 1980s, but it wasn’t until the 1994 album His ‘n’ Hers that Pulp really stole the limelight and became a nationwide hit. Songs like Babies and Do You Remember The First Time were instant classics, and with the follow-up album Different Class, the band were now international overnight superstars after 15-years. Selling over 10 million albums worldwide Pulp are one of the biggest success stories of the UK from that time, and certainly one of Sheffield’s most loved bands.

One of the most successful British bands of all time, and clearly kings of British rock since they burst onto the scene way back in 2005 as fresh-faced teenage prodigies, Arctic Monkeys developed their skills in their home city of Sheffield, and continue to big-up the city and its musical heritage. These days, Arctic Monkeys are reeled off alongside other big British bands such as The Beatles, The Rolling Stones, The Stone Roses, and Oasis, as a band that transcends both the era they come from and the style of music they represent.

From the opening bars of Whatever People Say I Am, That’s What I Am, the world knew that there had just been a changing of the guard. It became the fastest selling debut album of all time, and they’ve followed it up with a string of classic albums such as Humbug, and AM. Even a traditionally risky choice of a change in style was delivered to success with the exquisite Tranquillity Base Hotel & Casino in 2018 doing nothing to harm the popularity of the band. Lead singer Alex Turner has become a poet for his generation, and there is no sign of them stopping just yet.

Don’t You Want Me? Is possibly one of the greatest singles of all time, by any band, from any country, and it was born right here in Sheffield. The Human League were formed back in 1977 and have since sold over 20 million records throughout the world. They’ve been number one in the UK and the US on multiple occasions, and were one of the definitive and most influential bands of the entire 1980s.

It was the 1981 album Dare that put The Human League on the map as an internationally renowned band, and was followed up with Hysteria in 1984 to even greater acclaim. Whenever you watch a film from the 80s, or attend an 80s-themed party you can expect that 99% of the time you’ll hear a Human League song, and that’s no bad thing!

Martin Fry was one of the famous front men of the 1980s and ABC became one of the biggest and brightest stars of the New Romantic Movement that was so popular on both sides of the Atlantic during the decade.

The New Romantics shaped music, art, and culture for so long, and ABC were at the front and centre of it for quite some time. Martin Fry was a music journalist, and his life changed when he interviewed the band Vice Versa for the Modern Drugs fanzine. They changed their name to ABC and asked him to become lead vocalist, and the rest if history, as they say. Hits such as Poison Arrow and The Look of Love are still played to ecstatic party dancefloors the country over.

Roisin Murphy and Mark Brydon began a romantic and creative relationship in 1994, and the resulting band Moloko would push boundaries with their mixture of fun dance music, funk, hip-hop and trip-hop. It was similar to contemporaries Massive Attack and Portishead, but delivered in a more light-hearted way.

Best Moloko toured extensively with Pulp in the early years, but by 1999 they were ready to hit the big time in their own right, with massive floor-fillers in Sing it Back taking them to a brand-new audience. This was followed up impressively with The Time is Now and Pure Pleasure Seeker off the Things to Make and Do album and all of a sudden it seemed, Moloko were everywhere.

Although the band disbanded in 2002 Murphy has gone on to release solo records, and you can still hear the bigger Moloko hits on the radio and on TV and film regularly.

Forming in 1977 Def Leppard are probably the biggest band from Sheffield in terms of records sold (a mind-boggling 100 million+ sold in total!).

The birth and rise of MTV in the early 80s certainly helped the band after their debut album didn’t set the world alight, but soon they were up there as one of the biggest rock bands of the 1980s and early 90s with songs such as Poor Some Sugar On Me, and Photograph became instant classics for the hair metal generation (even if the band never saw themselves as part of that ‘scene’ – probably due to the fact they were from Sheffield and not some big US background).

You might these days associate Def Leppard more with the fact they have a drummer with one arm – Rick Allen lost his left arm in a car crash at the height of the bands fame and continues to drum for them after the event.

First trying his hand as a solo singer under the pseudonym Vance Arnold, Joe Cocker only found fame when he started to sing rock and soul in the down to earth pubs of northern England with his group The Grease Band.

In 1968 he hit the big time, taking on The Beatles classic ‘A Little Help from my Friends’ and managing to truly make it his own, with his superb soulful voice and characteristic charm and joy in his singing. From there, Cocker became a superstar, singing at Woodstock in 1969 and continuing to serve up hits in the UK and the UK throughout the 1970s and 80s with romantic songs such as ‘You Are So Beautiful’ and ‘Up Where We Belong’ that became classics of the decade. Cocker sadly passed away after a battle with lung cancer in 2014.

Stephen Jones has always been a prolific songwriter (even today he claims to have hundreds of songs written and ready for the light), but he is best known for a brief period in the limelight during the late 1990s.

Baby Bird went from being a one-man project in the early 1990s to a full-blown band on a major label and a hit album on their hands in 1996. Ugly Beautiful was a lush collection of pop songs that had been previously aired under previous incarnations of Jones’ output and re-recorded for the major label debut. You’re Gorgeous is often lauded as one of the most popular songs of the 1990s and was followed up by hits such as Candy Girl.

9. Reverend and the Makers

‘Heavyweight Champion of The World’ definitely sounds like the time it was from. 2007 was a heady year for indie music in the UK and Reverend and the Makers were at the forefront with their approach that perfectly combined a fun alternative sound with a politically charged message.

From a very early stage Reverend and the Makers were touring with some of the biggest bands in the world, such as Red Hot Chili Peppers, Oasis, and Kasabian. They were part of the new wave of Sheffield cool in the 2000s that had hit the big time with Arctic Monkeys and would work its way into the 2010s with bands like Slow Club. Reverend and the Makers are here to stay, and continue to release records, tour extensively, and deliver a message of hope during a miserable time politically for many in the north of England.

Rebecca Taylor and Charles Watson formed Slow Club in 2006 as a folk duo, but over the years the soulful harmonies and RnB approach ensured they became a mainstay of the alternative scene in the UK, moving through albums Yeah So, Paradise, Complete Surrender, and One Day All Of This Won’t Matter Anymore.

As the band evolved from just a guitarist and drummer, to a full-on band, the dynamics would shift, as they do for all bands. Although the sound had more depth, the cracks in the relationship began to show. The 2018 documentary film ‘Our Most Brilliant Friends’ was an intimate telling of the bands final tour before disbanding. 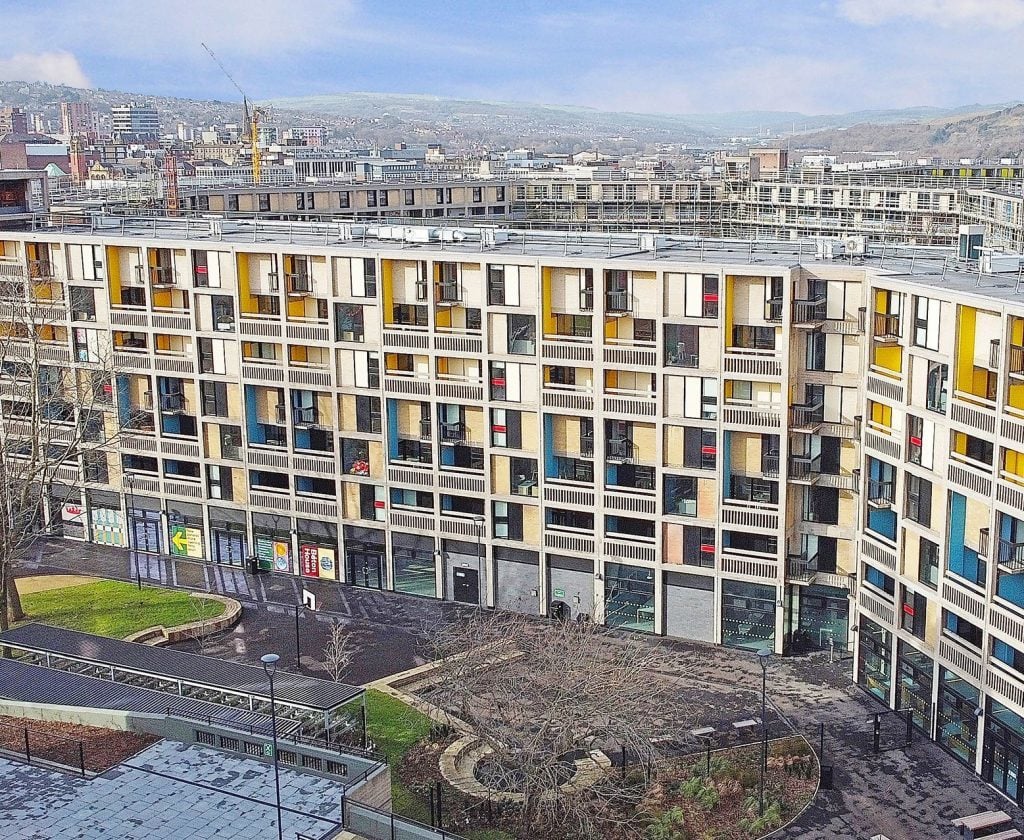 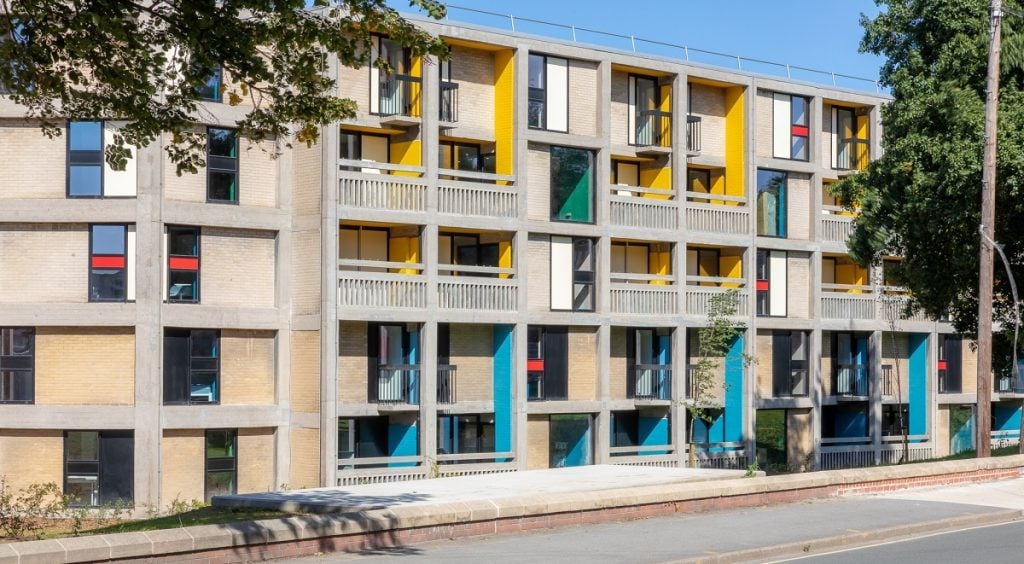 Alumno have won ‘Developer of the Year’ with Béton House, Sheffield! 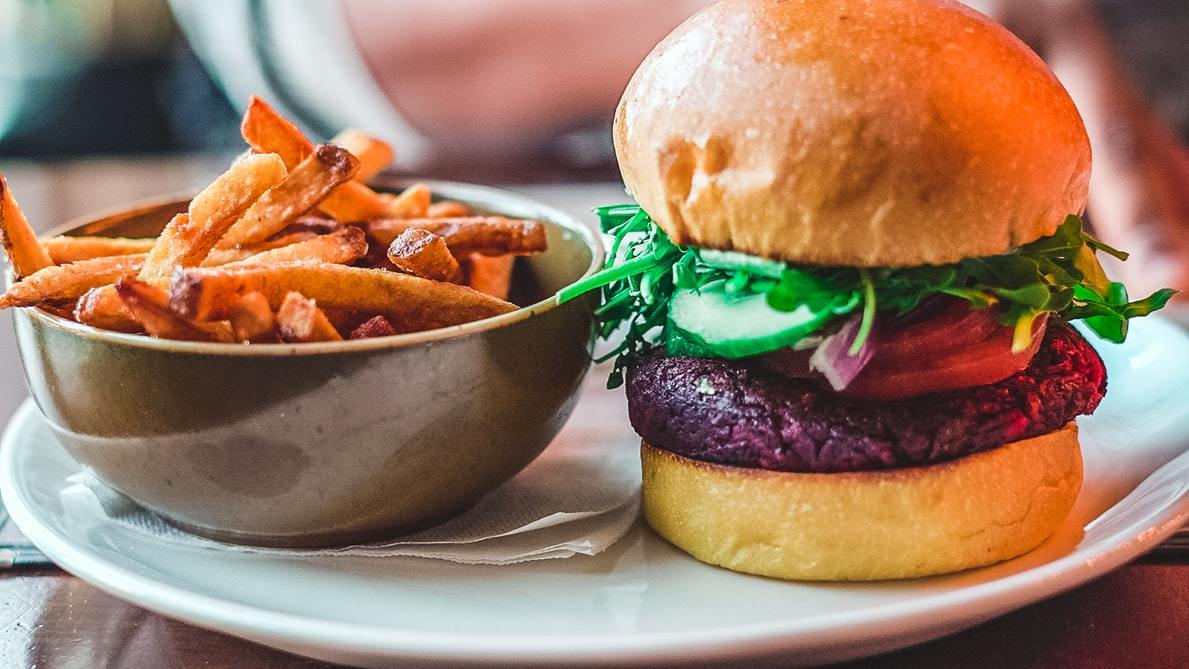