Manchester has always been a place that sets its own boundaries and looks to build things that really matter whether anyone outside of the city really cares or not. 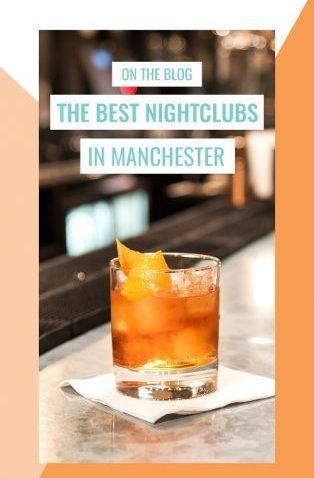 It’s led to it being a beacon and inspiration behind industry, art, culture, music, sport, and much more over the centuries and it is certainly a city that prides itself on knowing how to party.

Manchester is a diverse, multi-cultural city, and this is seen throughout the various scenes that sit comfortably side-by-side.

Whether you are looking for a big night out at one of the many live music clubs, pubs, and venues, you want to dance the night away at one of the clubs in the Gay Village, drink for hours in a basement bar, or you’re after more of a hipster bar and cool night out in the Northern Quarter, Manchester has got it all.

Here, we look at a few standout joints to make the most of a night out in Manchester:

Located in a former auctioneers’ house, YES is the latest project from the innovative Now Wave. It is a music venue that has it all – four floors devoted to putting on all sorts of live music, DJs, and shows from local acts to big names from elsewhere.

You’ll also find two tasty food outlets within YES, as well as a large outdoor roof terrace that makes for a great retreat at all times of the year.

Taking great inspiration from the original rave spaces of the eighties and nineties in Manchester, the Hidden team have played a blinder with consistently sold-out club nights at Downtex Mill. For techno heads looking to feel the vibration of heavy bass to get them through the weekend after a long, hard week, this is the perfect place to be.

The rejuvenated mill was previously left to fall on hard times, but Hidden has brought it back to life and then some. Hidden has been awarded the title of ‘Best Small Club in the UK’ by DJ Mag, as well as earning a spot in the Top 100 Clubs in the World. If you’re into raving into the small hours find yourself Hidden away in Manchester.

In the shadows of Strangeways this former garage is a lo-fi dream, serving up gigs from the coolest up-and-coming bands and artists, and beer delivered by bar staff sat in a car pit. It’s a dreamlike place that really helps you feel like you’re part of something bigger.

The team that brought you SWAYS record label have delivered on a promise to put on great live music in one of the grimiest, down and dirty venues you can think of, and The White Hotel is great! 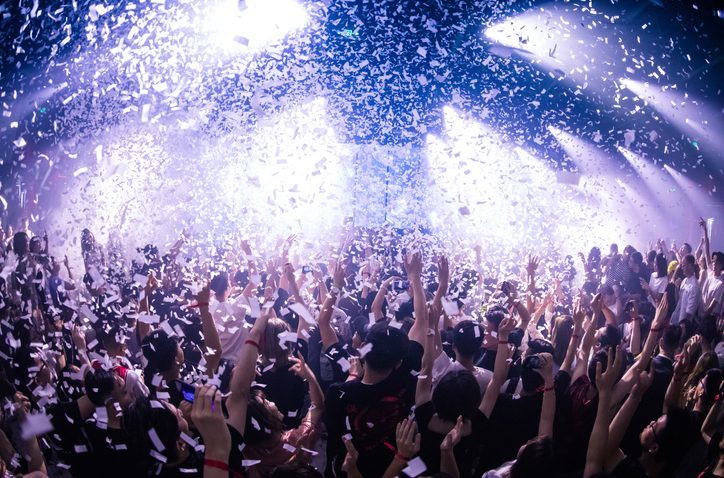 Smack bang in the middle of student central in Manchester The Deaf Institute is just off Oxford Road (so really easy to find!).

The building is historic and was first built in 1878. After years of disrepair the team refurbished it and over the past few years have transformed it into a hotspot of great food, live music, and vibrant club-nights.

If you are looking for great music and something a little bit different from the too-cool-for-school hipster zone of the Northern Quarter, The Deaf Institute could be right up your street. Over three floors you’ve got the choice of the cosy basement bar with fantastic cocktails and craft beers on tap, the ground floor bar with a choice of great breakfast and brunch options, as well as one of the best Sunday Roast’s in town. On the top floor you’ll find a great live music venue that plays hosts to up-and-coming acts and touring bands and artists from all around the world.

It also hosts club nights and comedy nights, including Girls on Film every weekend with its array of party tracks and indie classics. Gold Teeth every Tuesday offers up Motown, Grime, Funk, and Hip-Hop until 3am.

Also Read: What is Manchester Famous For

A mainstay of the Manchester music scene for as long as there has been a music scene here (although it did close in 2005 before being reinvented in 2009), Band on the Wall has played host to some of the most iconic names from this city – including The Buzzcocks and Joy Division.

Band on the Wall was always a venue where you could see guitar bands one night and jazz bands the next, an eclectic mix that the team has certainly tried to maintain since the new incarnation opened.

As well as the concert venue there is also a smaller event space that is great to chill out in, watch some art, have a drink, and meet friends new and old.

Soup Kitchen is a pretty good place to go to during the day, with the ground floor café serving up a great communal lunch space in the heart of the Northern Quarter. Stick around until after dark though and you’ll find one of the best clubs in Manchester, down in the basement of the Soup Kitchen.

Down in a dark and dingy room you’ll find a great party with a 150 capacity. It’s a fantastic place to see the most recently hyped band around, and it is certainly up there as probably the most cherished space of the Manchester music scene currently.

A monumental event space near the Salford Quays that demonstrates the history of Manchester’s industrial heritage of the early 1900s.

It is now home to so many different types of events, from sporting events to gala and awards nights, but it is also a fantastic place for the arts scene and for live music. It is a regular host of club nights where you can see some of the biggest names in dance music, and with a large 9,000 capacity the O2 Victoria Warehouse can feel like a proper old-school rave when an event hits the right notes.

Some of the best nights to look out for include Bugged Out and Tribal Gathering for techno nights, Cosmosis for psych, and Goodgreef for trance and hard house.

With a mixture of indie club nights and techno-house South is a basement dive bar that is a thriving part of the Manchester underground music scene. It’s a tiny underground club that can feel like a secret rave that blows your socks off.

Whether it’s a techno night or an indie night you can stay until the sun comes up (with a 5am closing on some nights). It’s great that a club can get it right with two such diverse music genres, but they’ve chosen well with the DJs – Manchester legend Clint Boon (of the Inspiral Carpets) plays the indie anthems, and Pineal Groove play the techno,acid house, tech-house, and minimal techno.

The best part? It’ll cost you under a fiver to get in, an absolute bargain! 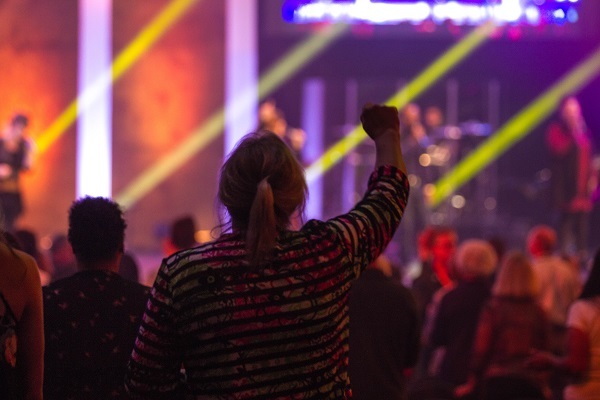 Another historic Manchester music venue The Ritz remains as important as ever (it’s well known for its springy dancefloor from the old days of Northern Soul in the 60s, 70s and 80s).

If you are into live music then The Ritz is one of the best venues in the city for touring indie and alternative bands, with everyone coming through and playing this venue at some point.

It also hosts regular club nights such as Ultimate Power, which is a celebration of big songs, big hair, big emotional ballads, and the big classics of the 80s.

On the site of the legendary Factory Records, [email protected] Factory is a three-floor nightclub that welcomes freshers and students from across the city, and delivers a range of hits from many different musical genres.

It’s always a party atmosphere at FAC251 and it’s no coincidence that you can get really cheap drinks at 99p! Try each floor to find the right beat and tempo for your dance skills every Thursday, Friday, and Saturday night, with some sublime guest DJs to get the moves pumping. F//CK TH//RSDAY, and Quids In are two of the popular club-nights to enjoy at FAC251.

It is rare to find a German restaurant, but Albert’s Schloss delivers authentic German cuisine that has to be eaten to be believed, it is so good.

The Grade-II listed venue takes up the whole of the ground floor of the Albert Hall and is split between a dining area and a Bavarian bier hall – with a huge bar topped with 900 pint copper barrels between the two areas.

Live music and entertainment are important and whilst the Albert Hall plays host to fantastic touring bands of the highest calibre in its ornate former Wesleyan chapel, downstairs you’ll find cabaret nights, live jukebox nights, and plenty of club-nights to sink your teeth into.

We could have carried on talking about great Manchester club venues for the rest of the day, but time is of the essence and you’ll be better served heading out there and sampling what we’ve suggested, as well as finding your own Northern gems in this wonderful city.