There are very good reasons why Bradford has remained the official Curry Capital of Britain for an impressive six years in a row. It’s home to Aakash the worlds largest Indian restaurant, hosts regular events such as poppadom eating contests, The Great Curry Quiz and even the World Curry Festival.

There are even charitable events and projects like The Bradford Curry Project was a force for positive change in the area, feeding the homeless and needy throughout West Yorkshire although this project now seems to have been closed down. However any real curry lover knows what Bradford is really about is it’s fantastic choice of curry houses, offering everything from cafe style budget eats, to the glitz and flashiness of Mumtaz. With so many to choose from, it can be hard to know where to start, so we’ve brought you our top picks.

3 Singh’s describes itself as one of Bradford’s ‘finest’ curry houses, and though it might not be for the traditional puritan curry lover, their finger licking spicy chicken curries and hot and tasty grilled kebabs are well worth a try. 3 Singh’s offer a large menu so you will be spoilt for choice.

Bharat is another fine dining Indian restaurant, and having been open since 1987, it has definitely stood the test of time. Bharat is a curry house where you can enjoy great tasting traditional and modern versions of North Indian flavours.

Kipling’s has now been open for over 19 years, winning many of awards for their authentic Indian cuisine. Kipling have two award winning chefs who are something of celebrities in the local area and the the unique atmosphere is loved by their loyal customer base, who come back time and time again for the fantastic food and service.

MyLahore have been serving British Asian deliciousness for over a decade and have grown from strength to strength, they have been open since 2002 and have opened many chains in Bradford and Leeds. MyLahore has a restaurant just located 5 minutes from Bradford University.

If you have just finished watching a show at the Alhambra theatre or perhaps a movie at the IMAX, then why not head round the corner to Omar Khan’s to enjoy quality creative combinations of Asian cuisine. Omar Khans has been open for over 30 years and they are among Bradford’s most well known establishments. Omar’s have been able to combine a large range of choices and create fantastic homemade spices and fresh secret recipes, meaning you will have a unique taste experience.

Prashad is a stylish and unique restaurant offering southern Indian and Gujarati vegetarian food. Prashad boasts that they are the only two star AA Indian restaurant in Yorkshire and were runners up in Gordon Ramsay’s best restaurant in 2010. The vegetarian food is tasty enough to make the biggest meat-eaters mouth water.

Shimla Spice was accredited by The Food Awards England for the “The Best Indian Restaurant in England”, they have won many other awards for their amazing food. Now your expectation of Shimla’s will be very high as they have set the bench mark, but you will not be disappointed with the fast, professional service and award winning curries.

The Sweet Centre is another one of Bradford’s established curry houses, they have been open an astonishing 53 years. They were one of the first Asian cuisine restaurants to open in Yorkshire, originally opening as an Asian sweet shop. They also have many former employees who now have their own successful restaurants because of the rigorous and high quality training they received. 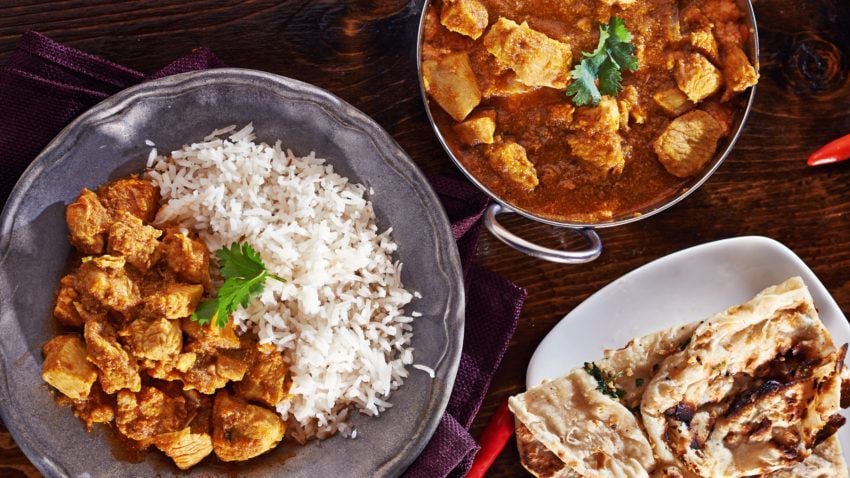 Where to Eat In Bradford: 8 Best Places