The Commonwealth Games are vast approaching with this year’s international multi-sport event taking place in Birmingham between Thu, 28 Jul 2022 – Mon, 8 Aug 2022. We cannot wait! Within this guide you will find out everything you need to know about the Friendly Games from the best places to watch, to how to get tickets, to the history of the event. Keep reading to find out more.

Before we get to grips with the best places to watch the Commonwealth Games in Birmingham, we wanted to give you a bit of backstory on the games, so you know all there is to know before they begin!

Even if you’re not a sports fan, the events are super fun to watch, and you can get together with family or friends and watch at home. Or if you’re a student in Birmingham, you can take part in the celebrations in the city! We have a dedicated section on where to watch in the city, so don’t worry. 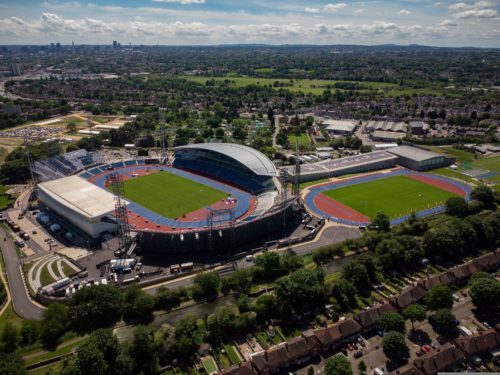 History of The Commonwealth Games:

First of all, if you don’t have the faintest idea of what the Commonwealth Games is, then don’t stress we’ve got you. The games are a set of sporting events involving athletes from the Commonwealth of Nations which take place every four years and have done since 1930. The Commonwealths roots go back to the British Empire, however, the games are no longer just for countries previously part of Britain’s colonial empire. 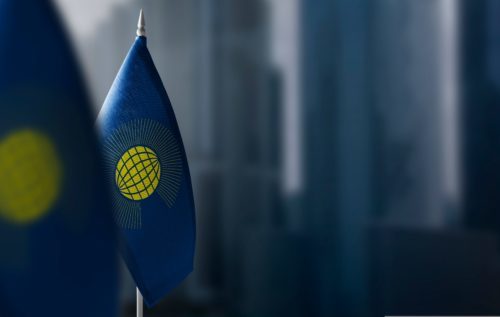 When & Where Is The CWG?

The main venue for the CWG is Alexander Stadium which is an international athletics stadium within Perry Park in Birmingham.

The city was announced as the host on 21 December 2017, which will be England’s third time hosting the Commonwealth Games.

The stadium has been newly re-furbished and developed to host the games and will host the Opening and Closing Ceremonies.

As well as track and field events from August 2 to 7. Temporary seating within the stadium means that the capacity is now up to 30,000 – how exciting!

Despite Alexander Stadium being the main venue there will be 280 medal events in 19 different sports taking place at 15 venues located across in the West Midlands Area and London.

What games are being played at The CWG?

The first Commonwealth Games has come a long way since its humble beginnings in Hamilton, Canada in 1930 with six sports.

Today, the host of the games must include a minimum of 10 core sports, with Birmingham holding 19 different sports for the 2022 addition.

This year, there will be more medals on offer for women participants than men. The 2022 programme also has the largest para sport in the game’s history with eight para sports taking place. 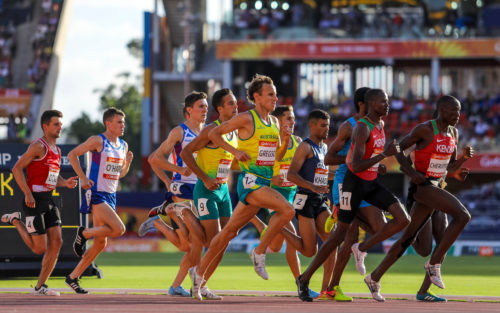 How To Get Tickets?

With the Commonwealth Games taking place at the end of this month, there are limited tickets available so act now to get yourself a ticket before they all sell out. The prices start from £8 for under 16s and £15 for adults.

BTW, for events taking place in the West Midlands, your event ticket includes access to public transport in the local area on the day – how fab is that!

You can buy tickets and view all the options on the Birmingham CWGs website.

Remember, don’t purchase tickets from any other side as tickets are only valid if they are bought from the official website. You don’t want to be let down!

Below you can find the day-by-day schedule of the Commonwealth Games from July 28th to August 8th with 286 sessions spread across 11 days of live sport. We don’t know about you, but we are SO buzzing to watch!

If you’re keen to find out more details about each day’s schedule and the times of the events, then check out the official website timetable here.

Where to watch in Birmingham

Okay, so now the part all you Brum peeps have been waiting for, where you can watch the games in the city centre. We’ve done our research and put together a little list of some of the best places to go with your friends and enjoy live-sports screenings of the games.

O’Neill’s is a legendary sports bar located in Birmingham City Centre. With big-screen sport showings, live music and a versatile menu featuring Irish-influenced food and drink it’s well worth a visit. You can order through the app too so don’t worry about having to miss out on the events showcased.

Enjoy some drinks with your mates and watch some great live sport, there’s even tellies at some of the booth tables!

The Bierkeller in the centre of Birmingham is a sports bar you absolutely have to go to. Spread across two floors, you’ll find 20 HD TV screens, long-bench seating, two bars to choose from, pool tables and darts lanes. They have it all and an amazing atmosphere!

What better place to watch The CWG than at The Bierkeller? After you’ve finished watching the events for the day, head out and explore the rest of the nightlife in Birmingham.

The Tennis court is a lovely local pub in Perry Barr, Birmingham, which is located right near the CWG venue the Alexander Stadium. There’s tons of seating both indoor and outdoor in their beer garden, as well as TVs screening the games, wide variety of drink selections and pub grub available.

Why not go with your friends and be close to the action of The CWG 2022?!

The Distillery is an ideal place to watch live sport and is located on the canal close to Brindley Place and the Barclaycard arena. Featuring large HD TVs, an outdoor beer garden, gin distillery, as well as a variety of drinks and casual eats on the menu. Did someone say pizza?!

Make the most of the outdoor seating overlooking the canal with big TV screens so you can watch all the sports at the CWG. Hopefully the July/August weather means it will be cracking the flags for you!

Take part in the #B2022Festival where you can enjoy the Commonwealth Games for free. Enjoy the festivities between the 27th July – 8th August at Victoria Square or between 29th July – 7th August at Smithfield . Expect live performances, entertainment and special events, and of course, screens showcasing the sporting action at The CWG.

It’s a great chance to join in the fun and feel part of the games even if you don’t have a ticket to the event. Celebrate with locals and visitors at the biggest event to grace the West Midlands – ahh how exciting!

There are plenty of other places not only in Birmingham but across the country that will be showcasing live streams of The Commonwealth Games 2022. Where will you be watching it?

Don’t worry, you can watch or listen to the Birmingham 2022 events on television and radio and provide online thanks to the BBC. There will be live coverage and highlights across BBC One, BBC Three, red button and up to 11 streams on the BBC iPlayer and BBC Sport website.  So, you can enjoy one of the biggest sporting events of the year right at home!

That’s it everyone, the end of our blog on this year’s Commonwealth Games. It’s going to be one of the biggest sporting events of the decade and what a summer it will be watching all the action.

We hope you have a brilliant time however you’re watching or if you’re attending! Make sure to tag us in any pictures you get @_homesforstudents.

If you’re looking for somewhere to stay during this summer, we have summer accommodation for students available in locations across the UK.

Read The Complete Student Guide to The 2022 British Grand Prix next.

8 NYE Events for Students in London

How to Celebrate Chinese New Year in Manchester in 2023