If you’re lucky enough to live in a student city which has a Chinatown in, you’ll be able to experience and witness some of the amazing traditions associated with this time of year.

There is plenty of arts and crafts, great food, dance, and song, and so much more. China has centuries of tradition that has informed the rest of the world, and Chinese New Year is an exciting, fun time of year to be part of.

2022 is the year of the Tiger, so let’s look at what you can expect to roar this coming year.

There are many Chinese New Year traditions, from the little everyday details and customs that take place around the home, to the large celebratory festivals.

Every little aspect and tradition have become an important and a vital part of the Chinese custom.

Traditions include a thorough cleaning of the home to clean out any bad luck that may still be lingering from the previous year, well-prepared foods that are special to this time of year, the big Lantern Festival, dragon dances and processions.

There is much to marvel at and admire about Chinese New Year traditions, and you do see them in Chinese communities across the world, following the exact same patterns and habits of centuries past. 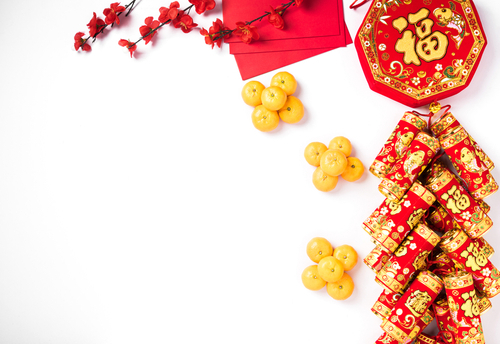 There are many Chinese New Year traditions, with the Lunar New Year celebrations a 15-day festival throughout China and Chinese communities around the world every single year. The date is slightly different each year, as the festivities begin with the new moon, occurring between January 21st and February 20th (in Western calendars).

The following of the phases of the moon is the reason why some people refer to Chinese New Year as the Lunar New Year or the Lunar Holiday.

It is a big deal in China, where people have been given 7 consecutive days off work, since the mid-1990s, in order to celebrate the occasion.

This time off is meant for relaxation and time spent with family, alongside the big traditions and festivities that we will talk about later.

The week of relaxation itself is referred to as Spring Festival, a chance for people to recharge their batteries, to sit and relax, and to be fully prepared and reinvigorated by the time work starts back up again once the New Year celebrations are finished for another year.

The History Of Chinese New Year 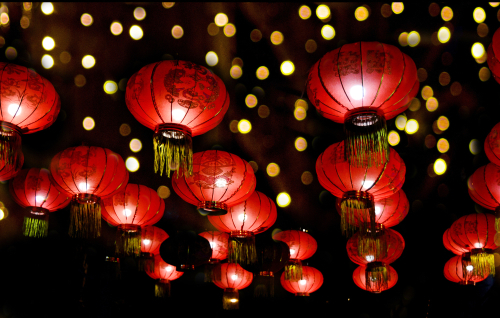 The legend of Chinese New Year goes back thousands of years to a monster named Nian (which means ‘Year’).

At the beginning of every year Nian would attack villagers, but was afraid of bright lights, bright colours, and loud noises. To chase the monster away these things were employed, leading to New Year celebrations every year that included fireworks, firecrackers, decorations, dance, and red clothes.

The other big traditions that have come from way back in Chinese New Year folklore include young people being given money in red envelopes, and big family gatherings where family members would always travel back home to feast with their family and to honour dead relatives.

Chinese New Year is viewed as important because it signifies the chance to ensure good fortune for the coming year. By cleaning the home, giving gifts, and celebrating the dead through stories and legends of New Year, the family and community are wiping the slate clean for the year ahead.

Although Chinese New Year traditions are celebrated primarily in China and other Asian countries with sizable Chinese communities and influence, such as Malaysia, Indonesia, and Singapore, there are big Chinese populations in many places across Europe and North America where the traditions are upheld.

There is a rich tapestry of customs and traditions associated with the Lunar New Year. Let’s take a look at some of the most well-known Chinese New Year traditions. 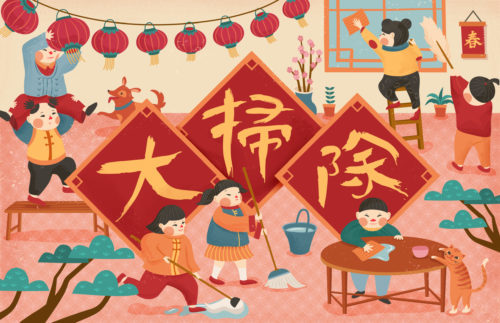 Before the Spring Festival begins, people take to giving their home a big deep clean. It is a symbolic sweep of bad luck from the previous year.

As you cleanse your home of bad luck and any bad feeling that may have been there in the year before, you are sweeping the place clean, ready to embrace good luck in the coming year. 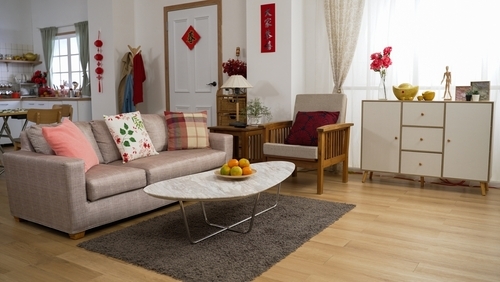 Once the home has been cleansed of bad luck, the next thing to do is to decorate the home. Chinese families take to decorating their homes using the primary colour of the festival – red.

Red is the national colour of China, representing good luck, good fortune, success, vitality, beauty, and happiness. A big Chinese New Year tradition is the hanging of red Chinese lanterns in the streets and outside homes.

For the month running up to Chinese New Year, public spaces will be decorated red, whilst in domestic homes, families will traditionally decorate on Chinese New Year’s Eve.

3. A big dinner reunion with the family 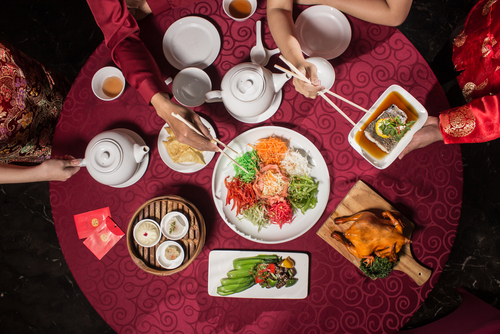 The big Chinese New Year tradition is to be with your family and loved ones. This is the time where everyone comes together again, and Chinese New Year’s Eve is the most important part of the entire festival for family time.

The big dinner on New Year’s Eve is called ‘reunion dinner’ and is the most important meal of the entire year in Chinese custom.

You’ll have massive families of several generations all around the table, catching up with each other, telling stories, and enjoying a real feast of food.

Families will sit together after the meal and wait for the arrival of the New Year in the same way that the Western World celebrates New Year’s Eve in its calendar and traditions. 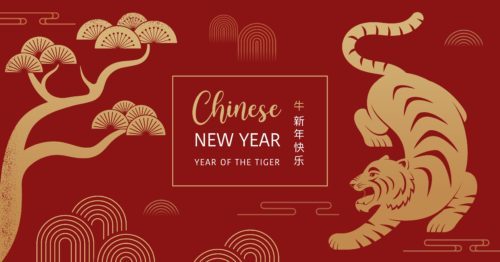 Offering sacrifices on New Year’s Eve and throughout the festivities is a way of paying back to family. Before the reunion dinner for example, families will worship their ancestors, allowing them to ‘eat first’.

Visits to the grave or shrine include offerings of joss paper, joss sticks, and even meat and wine.

Tombs are swept in the same way that homes are swept and cleaned at this time of year in preparation for New Year. 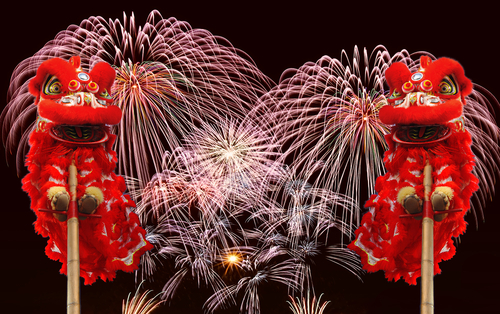 One of the most famous Chinese New Year traditions is the setting off of firecrackers. Billions of fireworks are set off at midnight and for the first few minutes of the New year, in the same way that other New Year celebrations around the world celebrate, but firecrackers are a uniquely Chinese New Year custom.

From small-scale family celebrations on the doorsteps of homes, to the big gatherings of Chinese communities celebrating, you can expect the noise of firecrackers from the moment New Year arrives. 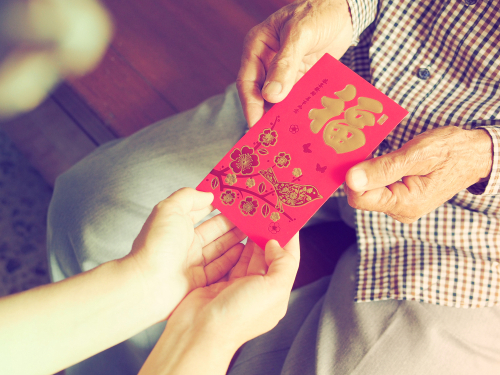 New Year is the time where gifts are exchanged amongst the family. It is the biggest celebration of the year and gifts are kindly given.

The most common gifts are red envelopes with money inside. These are traditionally given to children and older, retired people in the family.

Red, as we have seen, is the colour of good luck. When handing someone a red envelope as a gift you are wishing them luck and prosperity, with the money inside meant to help you towards this new prosperity in the New Year and for the future.

In recent years, as technology has improved, we’ve seen the proliferation of ‘red envelopes’ sent in App form on mobile phones!

There are other traditional gifts given during Chinese New Year, including fruits, candles, alcohol, and tea. 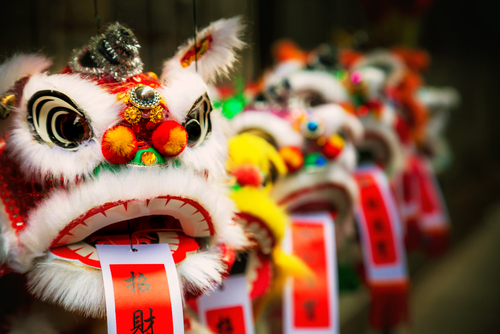 You’ll most probably have seen the traditional Chinese dragon dances at some point in your life. They are truly spectacular, with dancers and performers, puppets and magical dragons and lions dancing as part of a procession through the streets. This is widely seen throughout Chinese New Year celebrations and other cultural and religious festivals in China throughout the year.

Lion and dragon dances are again, meant to bring prosperity and good luck for the coming year. 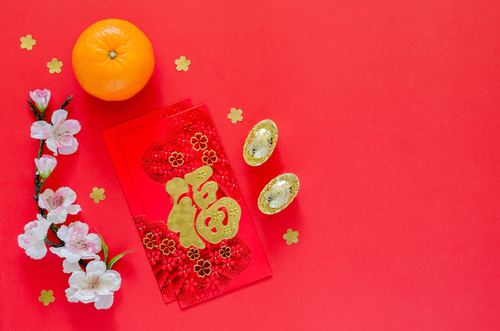 One of the most common Chinese New Year traditions involved the presence of oranges and tangerines.

They are believed to bring good luck and fortune due to the pronunciation and characters.

The Chinese word for orange and tangerine is 橙 (chéng /chnng), which has a similar sound to ‘success’, whilst you can write tangerine as 桔 (jú /jyoo) which includes the Chinese character for luck (吉 jí /jee/). 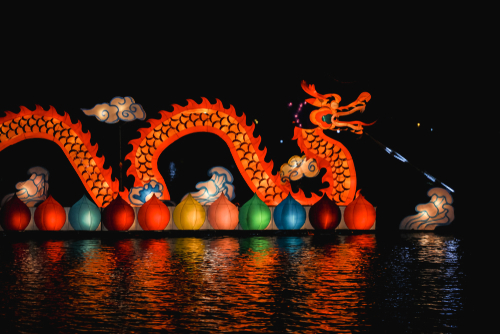 Chinese New Year traditions include many superstitions. Chinese people traditionally have a belief that the way you bring in the new year will have an impact on the way your entire year will go.

The Spring Festival is full of superstitions, such as the name, colour, or look of an item will have an impact on whether it is lucky or ill-fated in significance. There are a few things that you cannot do, such as:

A Hard Time For Older Singles 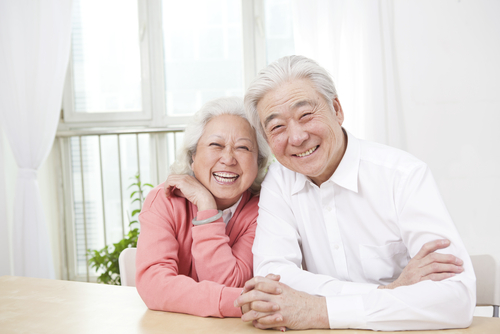 There is a lot of pressure in Chinese culture to find a partner to marry. In China, the custom is that women are at a prime age to marry up until they are 30, with men expected to marry before the age of 32.

What this has meant in modern times is for ‘older’ singles to feel the pressure around this time of year especially.

A new Chinese New Year tradition is to hire a fake boyfriend or girlfriend to accompany them home to see the family during the festivities.

Renting a partner for New Year’s Eve costs around 100 yuan (or about £12). There are numerous websites and agents that specialise in the rental of partners for Chinese New Year.

Chinese New Year Traditions And Celebrations In The UK 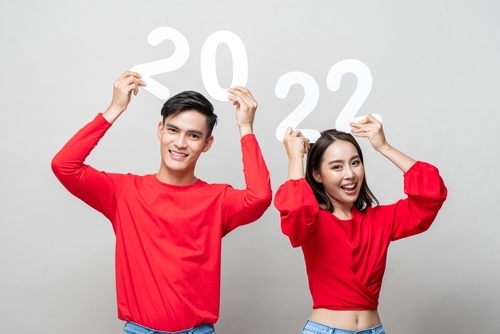 If you are living as a student in the UK, in a city or town where there is a sizable Chinese community, look out for Chinese New Year celebrations.

You will find traditional processions of dragon dancing, red Chinese lanterns, theatre, and other Chinese New Year traditions in places such as London’s Chinatown, Manchester, and Liverpool.

Find out what is happening with the celebrations in your local area, what dates the big processions are taking place and it is well worth heading out to celebrate. In the UK, the celebrations tend to last over the weekend closest to Chinese New Year itself, and the day, rather than the 15 days overall that are celebrated in China.

We’re excited about the Chinese New Year and the year of the Tiger in 2022. Let us know what plans you have for the Lunar New Year celebrations where you are living. It is a fantastic celebration and festivities, whether you are joining in the dragon procession, going to the red lantern festivals, or you have Chinese friends or family to catch up with, have a feast of delicious food and sweep away any bad luck from the previous year and bring in the New Year.

Spending it in London? Make sure to check out our blog which gives you a list of all the different ways you can celebrate Chinese New Year here.