The Top 10 LGBT Films You Need To Watch!

It’s LGBT History Month this month, a time to celebrate, learn and observe lesbian, gay, bisexual, and transgender history. One way we can do this is by watching some LGBT films.

Sometimes it can be easy to forget about the different attitudes towards homosexuality in the past, and the power it took to overcome these obstacles.

Did you know? It took until around 1967 for two men to be in a relationship without the risk of being arrested – that’s a poignant fact in itself.

Now more than ever is a time to celebrate love, acceptance, and growth, signified by beautiful multicolours to represent diversity.

With that being said, check out some of these amazing LGBT films you need to watch in your student accommodation if you haven’t already. 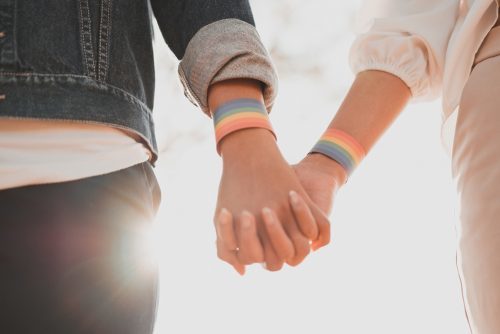 This film gets our number one spot for LGBT films and it’s no wonder, it’s an absolutely brilliant story that’s very emotionally direct.

Moonlight tells the story of a young coming of age African American man who grapples with his identity and sexuality.

The story is told through three different points of the protagonist’s life, part one being Little, part two Chiron, and part three Black.

Without giving too much away, Moonlight explores many difficult topics and is very much a genre-defying film.

This drama is most definitely an unforgettable one, so be sure to give this one a watch…you will not be disappointed! 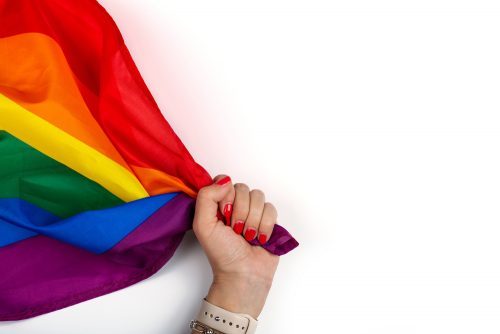 Based on a true story, this 2014 film is based on a group of lesbian and gay activists who raise money to help families affected by the miners’ strike in 1984.

Starring Bill Nighy, Imelda Staunton, and Dominic West (to name a few) this stellar cast really adds to the movie!

Realizing that they all share common foes in Margaret Thatcher, London-based gay and lesbians team up with the police and the conservative press to support striking coal miners.

The whole point of this film is all about unlikely allies and the importance of coming together.

It isn’t afraid to explore topics like AIDS and homophobia, another reason why it’s such a strong, powerful film that you need to watch.

Coming in at number three on our list is Carol, a story about Therese Belivet (Rooney Mara) who works at a department store in Manhattan where she meets Carol.

Things take a turn when Therese develops strong feelings for Carol, in an unexpected rollercoaster of emotions!

It’s a timeless love story between two women in 1950’s New York with an amazing performance and an even more amazing cast.

Carol is a beaut film about longing, confusion, and wonder of love, a must-watch on such an important month like LGBT history month! 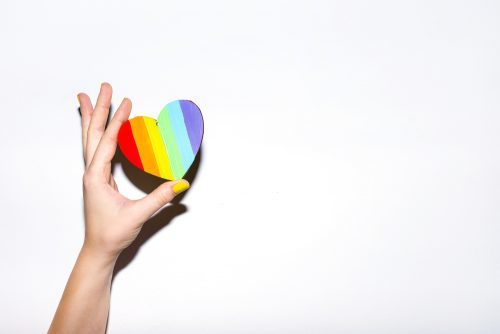 It focuses on Ennis and Jack, two shepherds who develop a physical and emotional relationship.

Things start to get very complicated when both of them get married to their respective girlfriends, making their relationship even more difficult to comprehend.

The story itself is sad and pretty moving, a raw tale of two men falling in love in Wyoming.

Director Ang Lee didn’t just want it to be an average romance movie. He wanted it to be heroic and poignant – and that it is!

You may shed a few tears watching this movie, so make sure you’ve got some tissues and some snacks, although emotional, it’s an absolute classic. 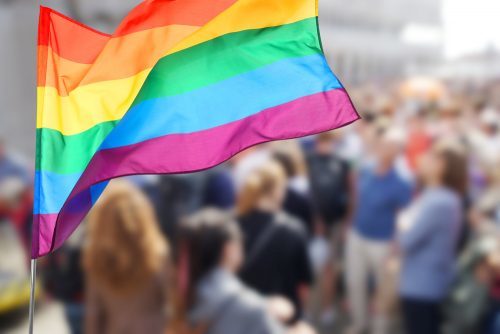 Simon Spier chooses to keep his sexual orientation a secret from his family until a blackmailer threatens to reveal it!

Love, Simon is an emotional journey based on the main character Simon coming to terms with his identity and being proud of it.

This sweet and moving film is a classic romantic comedy bound to put a smile on your face, telling the story of a brave teenager.

The very real depiction made history as one of the first major Hollywood movies about a gay teen romance, all the more reason to give it a watch. 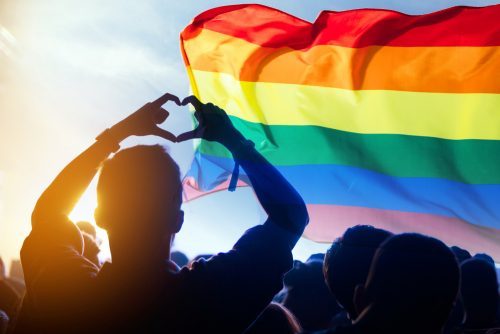 Set in the summer of 1983, Call Me By Your Name focuses on one summer that will alter the main characters’ lives forever.

17-year-old Elio Perlman is spending the days with his family in a 17th-century villa in Italy when he meets Oliver, a student who is working as an intern for Elio’s father.

A romance blossoms between the two making this summer a summer to remember with first love and absolutely gorgeous scenery.

One thing that stands out in reviews of Call Me By Your Name, is the fact that the actors are so utterly convincing, so what are you waiting for? Give it a watch and see what you think. 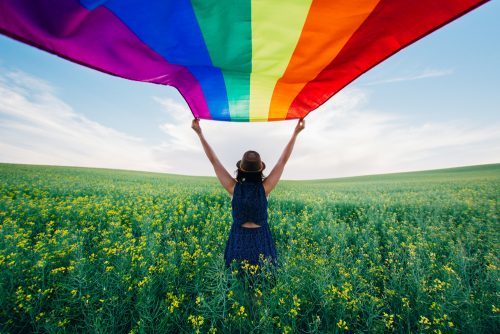 Directed by Steven Spielberg, this film follows the life of Celie, a young black girl growing up in the early 1990s.

The novel by Alice Walker documents the trauma and triumph of Celie, an African American teenager raised in rural isolation in Georgia.

In the book, she narrates her life through letters to god, another reason why this story is so powerful to the reader and the viewer!

As the film goes on, main characters Celie and Shug develop a romantic relationship which of course at the time, would’ve been very frowned upon.

Shug helps Celie love and accept herself and find a new outlook in life, a key factor in this amazing movie!

8. Can You Ever Forgive Me? 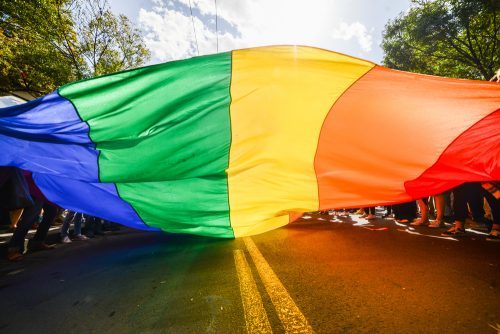 Based on a true story, Can You Ever Forgive Me is a story based on Lee Israel (Melissa McCarthy) a Jewish lesbian writer.

To help with her failing career, she forges and sells rare literary letters with help from Jack Hock (Richard. E Grant), a witty gay man.

Set in 1991, Director Heller wanted subtle references to the AIDS crisis, and although serious subjects are expressed with some dark humour.

Heller really wanted the two main characters to represent the united gay and lesbian society during the AIDS crisis, the main reason why this film is a must-watch. 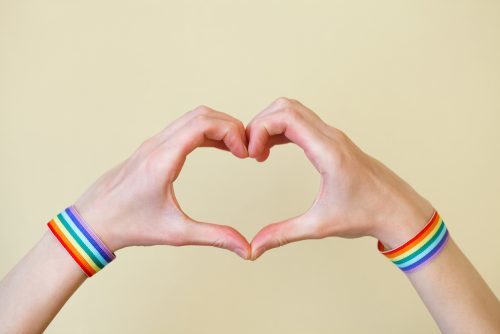 Boy Erased focuses on Jared Eamons, the son of a small-town Baptist pastor whose parents struggle to accept the fact that he is gay.

Although dark, this film really delves into the struggles of homosexuality even in the present day, because shockingly, this film was actually set in 2004.

In some states across the U.S, it’s still legal to send your child to conversion therapy, which is sadly what happens to Jared in the film.

Although Boy Erased is definitely chilling and sad in some aspects, it’s definitely worth watching to really open your eyes to what’s happening around us, still, even to this day. 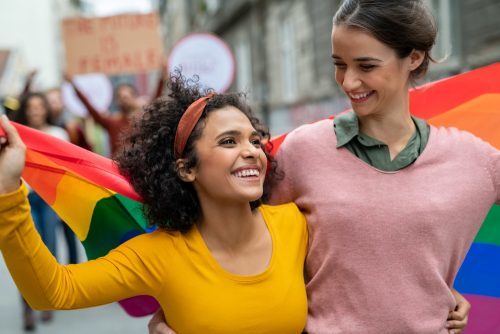 Coming in at number ten is Listen, just one of the many popular LGBT short films that are available to watch on YouTube.

With a runtime of just 5-minutes, the story focuses on two key characters Adam and Tom, who are dealing with a breakup.

Adam struggles with how Tom is dealing with the breakup, and you can really feel the emotion from both actors.

Although this is a short one, it’s definitely worth a watch, it’s a fabulous modern portrayal of relationships, breakups and how they affect people differently.

We hope you found this list of top 10 LGBT films useful, each of these movies is different in their own way, and are definitely worth a watch in your student accommodation with plenty of snacks. This month is all about learning, observing, and respecting the LGBTQ+ community 😊