Delicious Vegan Fast-Food Options You Need to Try for Veganuary

As we come to the end of 2021 and look towards a brighter 2022 for us all, many of us will be looking at different ways we can make a positive change in the new year.

A New Year’s resolution can be hard to stick to, but with dry January and Veganuary becoming more popular in recent years, there are different things you can achieve in the new year that doesn’t just become a short fad that you don’t stick to.

One of those is Veganuary, where people turn to a vegan diet for the month of January.

It is a fantastic way to try out a different lifestyle that you might have been considering but are worried it is too difficult to do.

A great way to get into vegan food is to look at the ‘fun’ food choices. Vegan fast food is a gateway to veganism for many meat-eaters, showing you that it is entirely possible to eat vegan food that is just as tasty as meat.

There are some fantastic vegan fast food restaurants across the country that provide excellent, juicy, vegan fast food. Not only that, but some of the mainstream supermarkets and fast-food chains have designed amazing vegan menus, and that’s what we’ve highlighted here for you.

Why shouldn’t vegans have the same options as meat-eaters when it comes to junk food?! Your whole world will open up when you see some of the vegan junk food here! 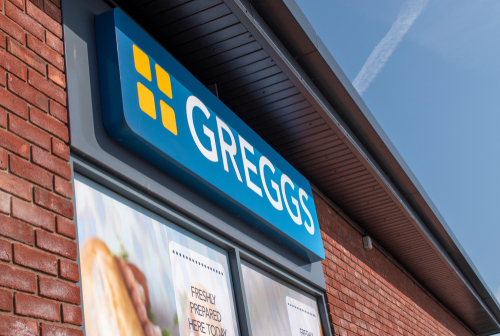 Let’s face it, a life without Greggs is meaningless to many British people.

The glorious sausage roll, the steak beak, the sausage, cheese, and bean melt, how can you live without all of these delicious goods from the Gods this coming Veganuary?

Well, the largest chain of bakeries in the UK has come up with the goods.

They are specialists in savoury products for a good reason, and the push into the top-tier of vegan fast food all came from the wild success of the vegan sausage roll that helped Greggs to top £1billion in sales for the first time.

The vegan steak bake followed quickly after, adding to the success of the vegan range on offer. 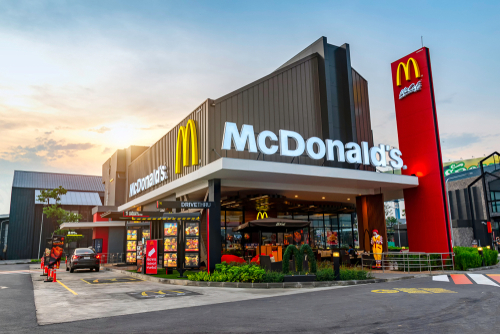 This year McDonald’s has announced that it wants to embrace vegan junk food and vegan culture as part of its desire to improve sustainability within the organisation of the fast-food behemoth.

The Vegan McPlant was released to great fanfare, and with good reason. Developed with Beyond Meat, the new burger was first tested in Europe before being released in the UK.

Along with the Beyond Meat patties, the McPlant has a vegan sandwich sauce, onion, pickles, lettuce, tomato, and a vegan cheese alternative, all wrapped snuggly in a sesame seed bun.

Other vegan items on the McDonald’s menu include the staple fries, the veggie dippers, and The Spicy Veggie One, which is a toasted tortilla wrap filled with veggie dippers, salad, and relish.

Plenty for you to work through this Veganuary. 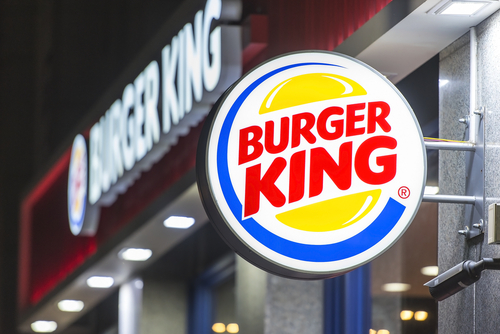 The King didn’t want to leave his vegan followers out, so Burger King has been adding plant-based options to its menu for a while.

The fast-food chains were not that quick to get into the vegan market, but things have changed in recent times.

At BK there is a vegan burger on the menu that is very tasty. Two signature veggie patties are placed between a toasted sesame seed bun, with tomato, lettuce, and vegan mayo, making up a delicious vegan bean burger.

Even better, it’s under a fiver to buy! 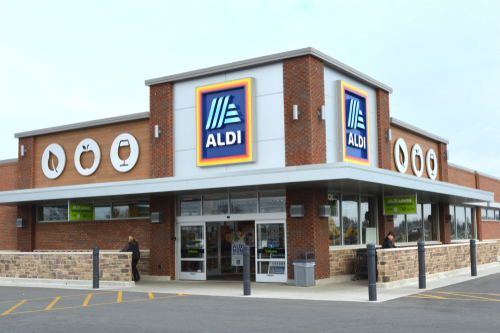 Aldi is the budget supermarket that beats all others in our opinion (especially the Wild West of the middle aisles).

In the last couple of years, they have added loads of great vegan options to the food section, with the 2021 vegan range adding another 20 products to the shelves. 2022 promises to be even better.

As well as vegan pains au chocolat and yoghurts, lunchtime meals and ‘power bowls’, there was also some cracking vegan junk food additions, such as vegan pasties and amazing vegan burgers. 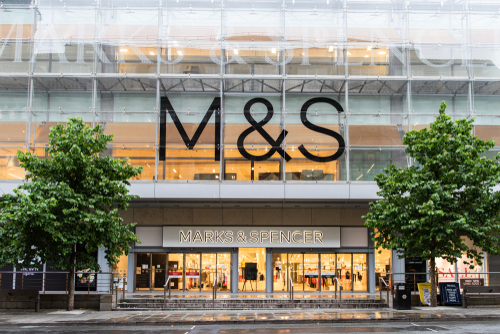 A visit to an M&S Food Hall is an extravagant day out in itself.

The quality of food you get from Marks and Spencer is sublime, so it is absolutely no surprise that the vegan offerings are sumptuous and really hit the spot.

Some of the meat alternatives that they’ve added in the last year include chicken-less southern fried chicken (the perfect vegan fast food!), its own range of vegan cheese that is made from coconut oil and includes cheddar and feta varieties.

You don’t want to be left out for pudding either and the M&S vegan strawberry cheesecake wedges is something else, one for those with a sweet tooth. 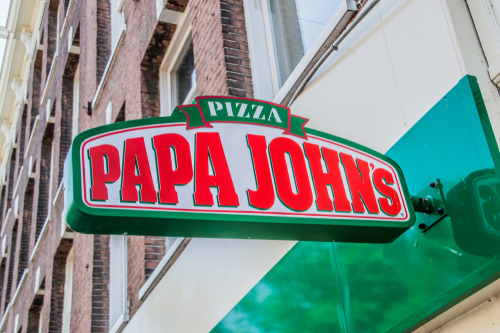 Papa John’s was ahead of the curve when it comes to vegan junk food. Back in 2019 it added its own vegan cheese pizzas to the menu and continues to add new vegan items to its menu.

One of the biggest drawbacks for some people trying veganism was that they just couldn’t wrap their heads around vegan cheese.

It just doesn’t taste the same. Over the years the techniques have developed, and you can now find vegan cheese that tastes like the real thing.

The vegan-cheese-stuffed crust pizzas from Papa John’s are the perfect example of this new wave of delicious vegan fast food.

When buying a pizza from Papa John’s you want all the sides too, right? The not-chicken bites are tasty, southern fried poppers that bring you the vegan sides that you deserve when getting a takeout. 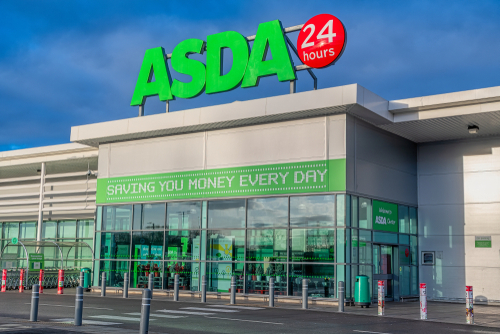 A Plant-based diet shouldn’t stop you from eating tasty food and one of the biggest supermarkets understands this.

Asda has a wide range of chilled and frozen products that are vegan, and you can pick up products such as vegan bacon, plant-based shawarma, nuggets, teriyaki popcorn, and steak-less bakes.

They’ve gone one step further though last year, with a vegan butcher counter, called the ‘veelicioius’ counter in the Watford store. 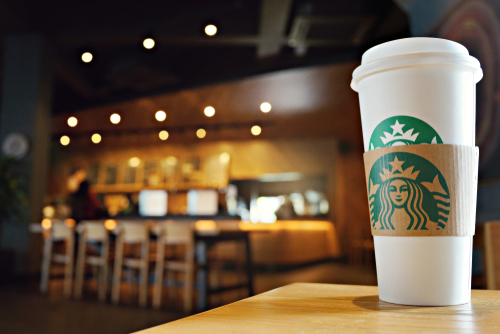 If you’re popping into Starbucks for a coffee and some breakfast, the vegan range has expanded quite significantly, making it easier to include it as part of your new routine in Veganuary next year.

The Beyond Meat breakfast sandwich is a real winner, taking the cultured Beyond Meat sausage patty, a tofu egg alternative, vegan cheese, and the signature Starbucks tomato relish.

The vegan menu also includes a no chick’n and BBQ bean hot wrap that has a soy-based chicken substitute, BBQ beans, onion, coriander, and spinach.

For the drinks side of things, Starbucks has an original nut blend as a dairy alternative, combining hazelnut, rice, and cashew nuts to great delight.

If you are considering trying Veganuary in 2022, we’ve put together some great options for you to try. Why not get out of the student accommodation for a few hours and try some brilliant plant-based food options. Vegan fast food and vegan food in general is only going to get better, and if you think that a vegan sausage roll from Greggs or a Papa John’s pizza with vegan cheese is the best way for you to kickstart a positive change in your life, all power to you. Let us know what you’ve tried and what you love when it comes to vegan fast food. We’d love to hear from you!

Where To Get The Best Pizza In Dublin | The Student Guide

The 7 Best Places To Get A Christmas Dinner In London