Cyber Monday, Black Friday, and Amazon Prime Day are all examples of big holidays that have been created and promoted by online retailers but quickly became a staple part of our calendar.

There are big sales, large numbers of shoppers and big revenues for those brands. Singles’ Day was already a thing in China when the Chinese eCommerce company, Alibaba, decided to get on board, creating the biggest day of its kind in the world.

What Is Singles’ Day? 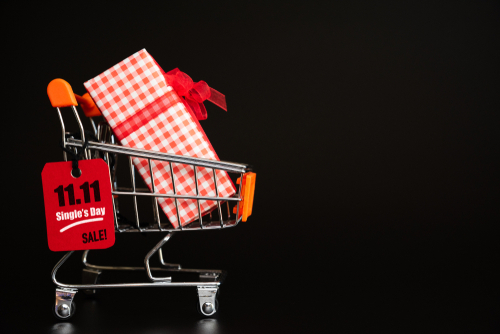 Chinese University students first celebrated the day back in the 1990s.

The date was chosen as 11/11 represents single living as it is formatted as single sticks.

The anti-Valentine’s Day event has since become a big national shopping holiday, with the first mass-scale shopping festival taking place in 2009 when Alibaba spotted a gap where they could create a shopping frenzy.

At the time it was a collaboration with just a few brands and was such a success that it has expanded exponentially as the years have gone by.

Most of the shopping in China takes place online, on eCommerce marketplaces like JD.com, Taobao and Tmall.

The Cultural Importance Of Singles’ Day

China has slowly opened-up to global commerce and Western influences in the last thirty years and Singles’ Day is a sign of how traditions have shifted during that time.

Traditionally, there has been a lot of shame that is projected through Chinese culture towards those adults who are still unmarried in their mid-twenties or older.

This judgment comes primarily from the family unit but is prevalent throughout mainstream culture, with greater levels of pressure placed on single women to find a partner to marry.

Singles’ Day has become important to the younger generations in China, as it sticks two fingers up to tradition and the pressures to marry.

This traditional pressure can be seen in the fact that there are still marriage markets in China, where elders congregate with photos of their single children and grandchildren in an attempt to ‘sell’ them to other people with single family members.

Singles’ Day is about inverting this traditional norm and shifting the cultural pressures, to one where singledom is celebrated and not punished.

Is There A Valentine’s Day In China? 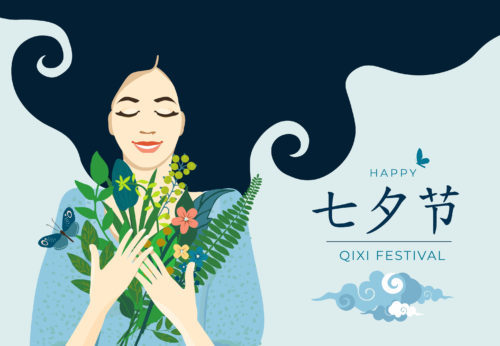 The Chinese version of Valentine’s Day is called the Double Seven Festival (Qixi Festival). It is a traditional festival that falls on the 7th day of the 7th Chinese lunar month. This year it fell on August 14th.

There is no public holiday for this festival, but it has its origins in a romantic legend about two stars, Altair and Vega. It was said that Altair was a poor, industrious cowherd, whilst Vega was the seventh daughter of the lord of heaven.

Singles’ Day has outstripped the Qixi Festival in popularity in recent years.

How Do People Celebrate Singles’ Day In China? 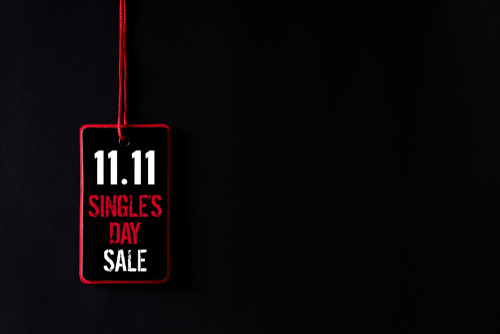 Despite its popularity, Singles’ Day in China is not an official holiday in the country. One of the biggest drivers behind the branding for the day is the idea of ‘self-care’ and ‘self-gifting’ for single people, letting go of the shame traditionally attached to the unmarried.

This has been commodified by the big brands now, and the day is a 24-hour shopping frenzy, with huge discounts and promotions from major brands, independent restaurants, and many other establishments.

In fact, you’ll find big discounts in all sectors, including education, food, electronics, fashion, and sometimes even real estate. There is a massive spike in sales during this day. 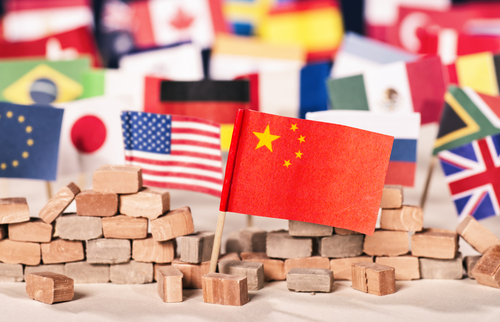 It isn’t just in China that there has traditionally been pressure to get married. It is still seen as ‘the norm’ for people to partner up, get married, and have children in Western society too.

Especially around Valentine’s Day, we are bombarded with images of love, romance, and sex, and it is a good thing that there is a day for single people to celebrate and not feel any shame.

Singles’ Day is a great chance to gain customer insights that can have a big impact on how they function in the rest of the world.

Alibaba has grown excited for ‘Double 11’, developing new app features and promotions that remain secret right up until a big reveal on the day or close to the day each year.

They have helped blur the lines between retail and entertainment, driving brand awareness and increasing the demand on marketplaces from consumers.

Even during the pandemic over the last two years, record numbers have been posted, demonstrating how resilient the Chinese economy still is, and how much demand for international brands there is from the average Chinese consumer.

An International Sales Opportunity For Big Brands In The UK 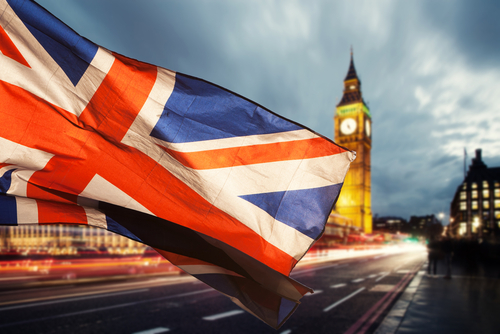 Singles’ Day in China is a big chance for international brands to make a mark within a growing consumer economy.

It is a big chance for consumers and brands within China and the rest of the world to interact and create a community.

It is now a big multi billion shopping day, a big chance for overseas retailers to make a big mark.

You find that there are big brand names from the UK that get involved in Singles’ Day in China, such as ASOS, Marks & Spencer, Waitrose, and others. They all get involved on marketplaces on Alibaba’s Tmall website.

One of the most interesting attempts at building brand recognition in China from a British brand can be seen in how the supermarket chain Sainsbury’s has used a virtual reality promotion tool on the Tmall platform.

They reached a high spot on Tmall during a 90-minute, live, 360-degree broadcast of one of its London-based supermarkets.

It was the most popular Sainsbury’s promotion since a live broadcast of an afternoon tea party on the Queen’s birthday.

The Future Of Ecommerce In China And Singles’ Day 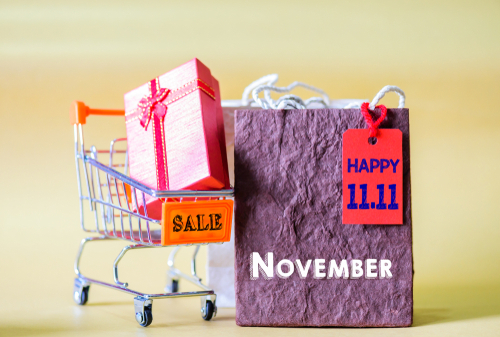 What we’re seeing from Alibaba and the promotions for Singles’ Day each year is great technological innovation.

Digital innovation is important in this day and age, and we’ve seen how Alibaba has begun to feature a slew of innovation as part of the promotion of the event.

There have been virtual reality shopping experiences, augmented reality games and other tools.

For instance, Alibaba offered consumers the chance to connect their phones with a VR headset to make purchases as if they were in a physical store in New York City.

It is an exciting way to get consumers engaged and to build a positive brand reputation. 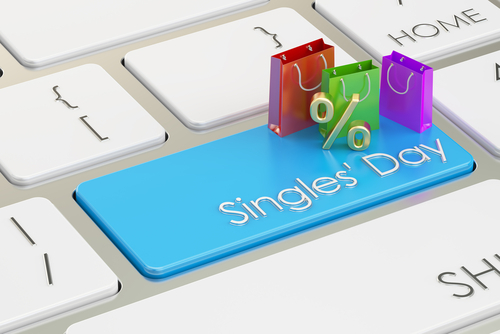 Singles’ Day in 2020 came about just as China was beginning to show some green shoots of recovery with the economy after the initial shock of the pandemic.

It was the 12th year of the Alibaba, commerce-focussed day of single celebration and there was even a headline event from Katy Perry that was staged virtually.

Last year, the event was extended beyond just November 11th, with online promotions running from November 1st until midnight on November 12th.

Some Facts And Figures From Singles’ Day 2020 In China: 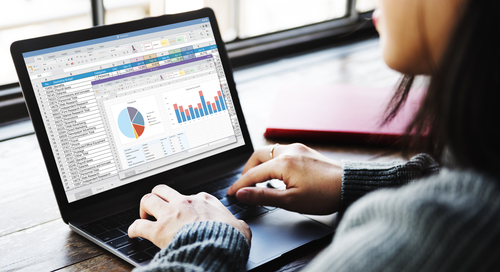 We’ve also included some stats for Singles’ Day in China in 2019 just so you can see the comparison between the years and how it continues to grow in importance:

Now that you’ve read a little bit about the history behind Singles’ Day in China, and how it has grown into a behemoth of eCommerce globally, what about some fun facts that you might not necessarily know?

Singles’ Day In China – The Future 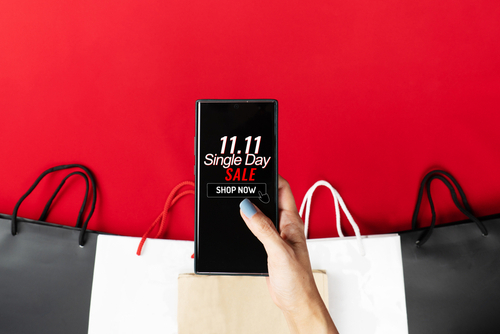 As you can see, Singles’ Day in China has become a behemoth of the consumer world, a bigger date on the calendar globally than Black Friday, Cyber Monday, or Amazon Prime Day.

It started out as a student movement against the pressures and traditions of a society that focussed on the sanctity of marriage and family and has grown now into a consumer frenzy.

It is bigger than Valentine’s Day and is one to look out for on the calendar for consumers and brands the world over.

What Is Lincoln Nightlife Like? The Top Bars & Clubs To Visit