HFS Info Hub: Love Island UK - Do You Love It Or Hate It?

If you are looking for a scintillating, intellectual programme, then turn your TVs in your student accommodation to something other than ITV2.

It would have been nice, post lockdown, to see contestants who only owned trackies and put on a stone, but no.

ITV found some of the hottest people around and threw them into a neon villa. Tans, underboobs, thongs, abs, and sounds of saliva and smacking lips – yes, Love Island is back.

Coupling, uncoupling, fuming, loving, dumping, snogging; the dating game show with a twist was missed for nearly two years and now fans all over the world are already pinning their hopes on their fave couple. 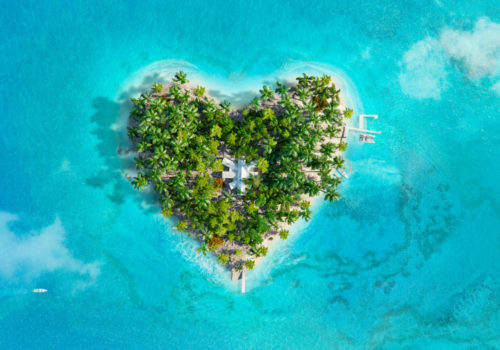 Will it be Kaz and Toby? (“I like the fact that she’s understanding because she understands”) Or will Lucinda and Millie break up the favourite to win pair?

Newcomer Rachel is already in tears at the prospect of Brad’s head-turning towards new arrivals – well he basically told her he was going to get with other girls. It has only been ten days but Casa Amor has already seen its fair share of drama.

Predictably, there is not an A or B cup in sight; the girls have full lips, perfect bums, tums, nails and makeup

The boys look like they’ve all come back from Turkey with a new pair of pearly white teeth; abs and fresh-looking tatts all stuffed into teeny weenie pastel shorts. There is definitely a Love Island look.

What We’ve Learnt So Far…

The ‘fake’ aesthetic has already been a hot topic in the villa with Sharon and Faye slamming disabled Hugo for saying he didn’t find that look attractive.

Whilst a bit more tact could have been used when saying you don’t like cosmetic procedures, in a house full of people who have had them, the pair of girls unnecessarily lambasted the PE teacher when really he meant no harm.

It was, however, refreshing to see a man openly cry, apologise to a woman and not have anything sexual motivate that apology. Regardless of whose side you are on, Hugo listened to the girls’ feelings, did not gaslight them or invalidate their opinions.

Male vulnerability is fantastic to see as it normalises being emotive, we just wish that it could have been over something a little more…meaningful. Why does the other boys’ toxic and sexist behaviour remain unchallenged?

Society’s answer to stereotypes and toxic masculinity is not going to be found watching this show. Love Island needs to be taken at face value: hot people looking for hot sex in a hot country. That’s it. There is no deeper meaning.

Other stereotypes, however, are far more damaging, making Love Island UK the show the nation loves to hate and must-watch television as a result.

What About Mental Health? 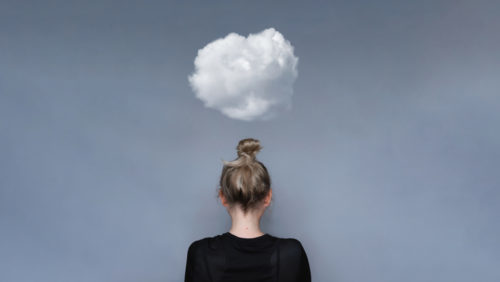 With unrealistic expectations about appearance and toxic behaviours still prevalent on the Island, you have to question if ITV is doing enough in terms of inclusivity and diversity.

The sinister cloud that hangs over Love Island is also something that cannot be ignored- the suicides of Caroline Flack, Mike Thalassitis and Sophie Gradon.

Two former contestants and the show’s presenter all took their own life within less than a year. All three spoke about the negative impact the media and online trolls have on mental health.

Promisingly, ITV has confirmed it will provide more aftercare for the Islanders as well as serving a PSA after Chloe’s death threats that if trolls don’t stop, ITV will cancel the show.

During an interview with Digital Spy, Ian Stirling, the voice of Love Island, also asked the audience to “cut them a bit of slack, and realise that they’re just on an entertainment show, for our entertainment.

So enjoy Love Island UK, and love them.” Whilst it is encouraging that measures have been taken to safeguard Islanders, it might be a question of ‘too little too late’.

Mental health, online bullying and media scrutiny is a pervasive subject and to be honest, not one that is going to be solved overnight. Is cancelling the show the answer or could it just feed into the power the trolls and media have?

This year’s Islanders have already set the Internet on fire with memes due to their inadvertent hilarity; coq au vin is defo not duck, the crazy combo of slime, a vibration board (and erm…cocktails?) and toes in mouths to name a few moments.

Shout out to the beauty regimes too; if you’ve not got a rose quartz roller and mask on the go, then you have not lived. There are also some unsolved mysteries on the Island, like why is no one ever in the pool? What setting spray do the girls use? How is no one ever sunburnt or too hot?

Maybe these will be answered when another blonde walks in and Aaron’s eyes are wandering, Sharon’s fuming at something again and Rachel is in bits while Toby washes his face in gloves.

For the many of us who love Love Island and can’t wait for 9pm, the show is quintessential Bubblegum TV in that you don’t have to concentrate; you can have it on in the background or be completely absorbed in it.

It is an escape from your stresses for an hour and allows you to wonder what on earth these people are doing, laugh with them, cringe at them and root for your ultimate goals couple.

Stay tuned or, if you prefer, go read a book.

What are your thoughts? Do you love or hate Love Island UK? If you fancy watching something else, check out our latest blog on the top 10 true crime documentaries on Netflix!