The 10 Best Nightclubs in Glasgow

If you’re studying in Glasgow, or you’re planning on moving to student accommodation in Glasgow one of the first things any discerning student needs to do is find the best night out – and when you’re studying in Glasgow, you’re absolutely spoiled for choice. The city is the hub of Scotland’s nightlife scene, and it’s buzzing all night, every night with exciting and thrilling clubs and bars for you to explore.

Here are just ten – but there are many more out there!

Bamboo is something of a student super-club in Glasgow – perfectly situated in the City Centre on Sauchiehall Street, it’s got three floors of dancefloors, with DJs that keep the chart and dance hits coming all night and extremely affordable drinks – some as low as £1! Bamboo’s open until 3am, too – so hard-rocking party animals will always find a home there until the wee hours of the morning.

Club décor includes plush velour walls, wood panelling and leather seats for that classic club feel, and Bamboo is open four nights per week, with events on regularly, guest DJs, and even a few celebs on the disks!

The Berkeley Suite sounds exclusive and exciting – and it is. It’s the sister venue to the secret bar Chinaski’s, and as a result it shares the same speakeasy glamour. The doors are kept open late, so people can drift in whenever the night leads them there, and the DJs are famous all across Glasgow for their cutting-edge style and sound.

It’s a stunning venue, with a Roaring-Twenties-appropriate mix of styles: art deco jazz lounge meets underground vaudeville theatre, with rich reds, in the colour scheme, parquet floors, Edwardian tiling and a marble staircase! Furnished with plush velvet dancehall chairs, booths you can sink into and soft candelabra lighting, entering the Berkeley Suite is like being transported back in time to a more elegant and sophisticated age – that is, until the DJs start to play.

The opulent, vintage surroundings might feel like the call of the past, but the DJs at work in the Berkeley Suite are on the cutting edge of the Glaswegian music scene, with disco, funk, house, punk, electronica and techno all blaring from their high-end sound system every night the club’s got it doors open.

So dress to impress, polish up on your cocktail-ordering skills and get ready for a night of dancing, drinking and debauchery in one of the classiest and most sought-after venues in Glasgow!

More of a live music fan? Looking for raw, live performance with zero pretentiousness or bull? We hear you, and we think you’ll love Nice ‘n Sleazy – the home of Glasgow’s local music scene. Open til the wee hours of the morning every single night of the week, Nice ‘n Sleazy has its home on Sauchiehall Street, like many of the other bars on this Top 10 list. It’s a pretty good street for nights out in Glasgow, all told.

Unlike the others, though, this bar is dedicated to the weird and wonderful, the freak scene and those too weird to live, but too rare to die. Events include the Incredibly Strange Film Night and Weirdo Wednesdays, and as you can imagine, it’s a particularly popular spot for students from the College of Arts.

If you’re not a performer or an artist, though, don’t let that put you off – Nice ‘n Sleazy is the home base of anyone who’s looking for a bit of genuine eccentricity in the Glasgow nightlife scene.

DJs bring the noise every night with a mix of genres and styles befitting a venue like this, from garage, dubstep and grime to rock, soul and shoegaze.

In keeping with the gritty, underground feel, the bar’s styled like the cool dive bar it is – the upstairs is reminiscent of a sixties casino bar that’s a little hard up, with dim lights and plahing-card-themed décor, while downstairs is a retro dance hall that’s home to all sorts of gigs, events and ticketed DJ nights. It’s easy on the purse, too – regular drinks promos keep the crowd happy for less, with black and white Russians as the house special on any given night.

Nice ‘n Sleazy is exactly what it looks like: a cool underground venue that all the cool kids, artsy types and lifelong weirdos love.

La Cheetah is a vibrant, buzzing club in Merchant City – one of Glasgow’s most exciting and booming areas. It’s a basement venue with rip-roaring club nights that set it apart from its parent upstairs – Bar and Grill Max’s.

La Cheetah is a small, exclusive spot with a capacity of 200, so it’s tight and always has an incredible atmosphere, full of a crowd that’s a mix of seasoned ravers and casual clubbers, with a couple of cool music-lovers thrown into the mix for flavour.

Like its namesake, La Cheetah moves fast and comes out of nowhere, with a DJ booth that’s always changing and tunes blasting from a Funktion One sound system. It’s the perfect spot to see exclusive shows from huge DJs, but it’s also the place to be if you want to catch the stars as they’re being made – everyone who’s going to be anyone plays La Cheetah, so get down there before it fills up!

No top ten clubs list is complete without including a legendary warehouse rave venue, and this one is no different – SWG3 can be found on the West End and is host to a huge range of awesome parties, year-round. The huge, open-plan spaces within are perfect for all sorts of high-capacity events, and the industrial interior creates a blank canvas for events promoters to create whatever they want. Cement walls, pillars and ceiling create a grungy, underground effect, and exposed ventilation leave revellers in no doubt that they’re in the heart of the underground industrial scene.

When not in use as a club and venue, SWG3 hosts artists, poets and creators as a studio and gallery, so it’s an incredibly versatile venue. No two events there feel the same, so you don’t want to miss one if it catches your attention!

If you’re looking for something a little different, SWG3 is it – it’s hosted music festivals, roller discos, avant-garde nights and a whole host of big-name indie and electronic bands and DJs. Student life in Glasgow wouldn’t be the same without it!

The Garage is, without a doubt, one of the most well-known and well-loved clubs in the entirety of Glasgow. While lots of other clubs claim to have something for all tastes, The Garage really does have something everybody will love, from foam parties to board-game tournaments, and from karaoke nights to private pole dancing, the Garage is a mad haven of activity every single night of the week.

It has six separate rooms with dancefloors and DJs, so there’s a fantastic musical diversity there, with spaces in the club and entire club nights dedicated to indie, rock, punk, RnB, hip hop and dance classics. It’s perfect for big nights out where a group can all indulge their personal tastes, and students are pulled in time and time again by the atmosphere, the events, and the cheap drinks.

There’s a full cocktail menu, and a range of drinks offers that are kind to the purse, with even better deals if you bag a BOOM card, so The Garage won’t break the bank – but it might leave you with a hangover in the morning!

The events are unbeatable, and The Garage really know how to throw a party – they even had an indoor circus at one point, and Prince played there in 1994. All that should paint a pretty clear picture – when you’re studying in Glasgow, you have got to see The Garage in action!

Located on the West End, The Sanctuary is famous in the city for its outstanding beer garden and terrace, which is big enough for 200 people to relax and enjoy a drink on. Inside the venue, there are two separate spaces with their own dancefloors, cosy booths and dazzling LED lighting. If you’re lucky enough to get a key to the exclusive secret VIP section, you’ll be able to enjoy the private parties held inside, and that area can be booked for private functions, for those special occasions.

The crowd is a blend of students letting their hair down and young professionals there to unwind after a long day, while hip hop and house blast out of the decks until 3am and the in-house and guest DJs keep the good times rolling. There’s a selection of premium spirits and draught drinks available at the bar, and the atmosphere is energetic, vibrant, and informal – perfect for a student looking for a night out on Glasgow’s famous West End!

Nights out in Glasgow don’t need to break the bank – Revolution on Argyle Street is a fantastically fun night out venue with amazing drinks deals and Instagram-able décor. Bare brick, exposed piping and ventilation and open lighting combine with vaudeville-theatre-style wallpaper, gilt mirror frames and plush upholstery to create a cool and visually exciting venue.

Drinks are made for sharing at Revolution on Argyle Street, with sharing cocktails including “Fizzee Rascal” and Prohibition Punch, or the infamous Vodka Teapot. If you’d rather get a drink to yourself, you can enjoy exclusive drinks like the Vodka Moonshine and Jammy Bastard as part of great drinks deals, while the food has something for everyone, from sharing platters to pizzas and a diverse range of main courses and lighter nibbles.

As you’d expect in a venue like this at the centre of Glasgow, the crowd are party-hard heroes looking for good music and good times, with a fun and exciting mix of indie, electro, funk and soul mixed into chart hits and dance favourites. Midweek specials on drinks and food help pull in the crowds on weekday evenings, while private function areas make this a great spot to put on a gig or throw one rager of a birthday party!

If you’ve heard of only one club in Glasgow, we’d bet it’s Sub Club on Jamaica Street. It’s gathered up one hell of a reputation since getting started, and is commonly considered one of the UK’s – and even Europe’s – best clubs. It’s a no-frills, gimmick-free club and music venue that puts the music and the experience first, with a raft of house DJs that have been playing there since the 90s. That alone should give you an idea of how good Sub Club is for music.

It’s got a top-of-the-line sound system and a body sonic vibrating dance floor, and it’s played host to some of the biggest DJs on the club scene during its 25-year history, with club nights like Subculture and Optimo leading the way on the Glasgow scene.

The crowd are all students and music lovers, but you don’t need to be part of the in crowd to love it at Sub Club – just put on your dancing shoes and get in the crowd!

What To Do In Glasgow When It Rains: A Student Guide 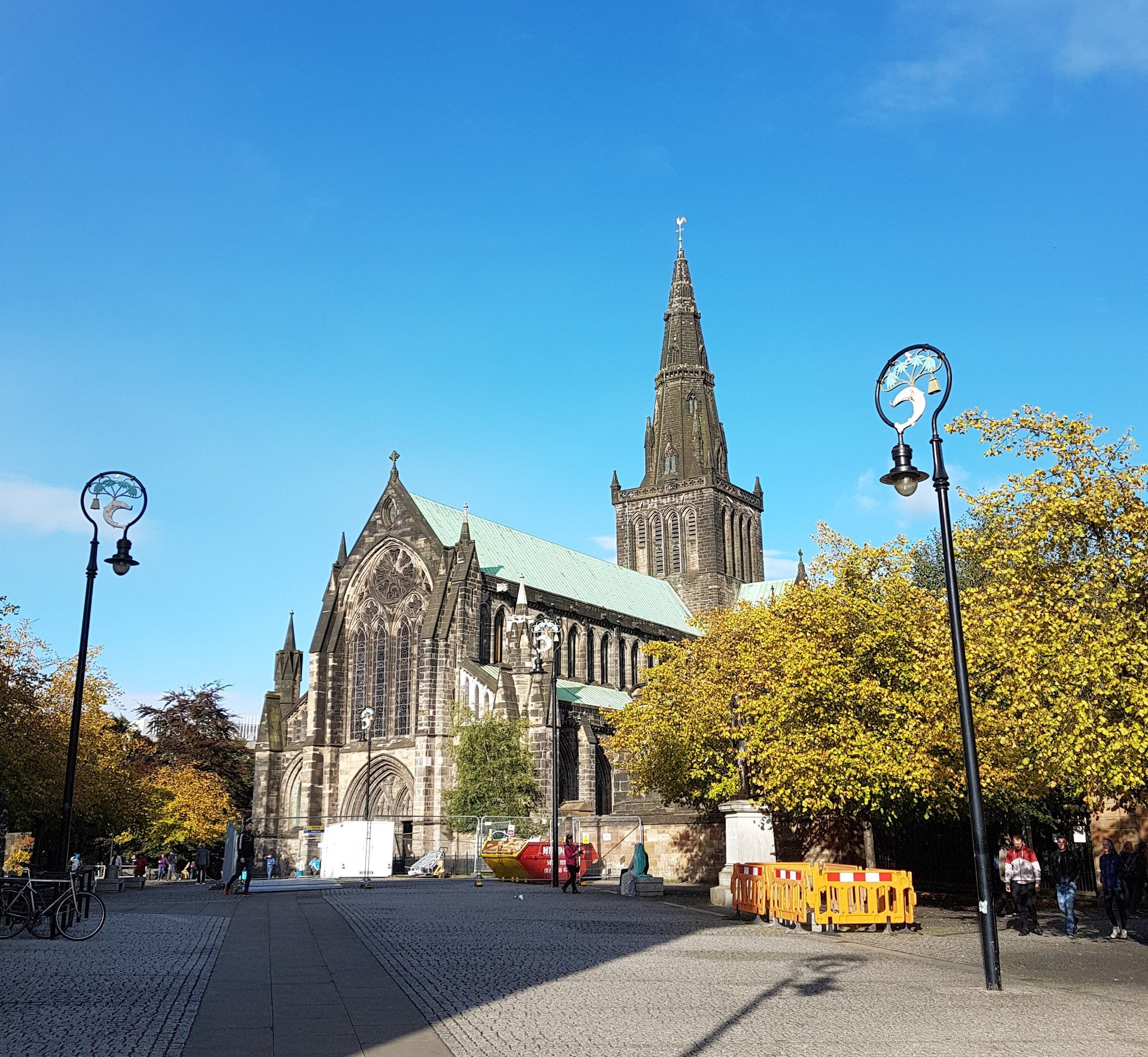